“If we sit here and say we’ll do nothing about decarbonization, that will destroy value.” 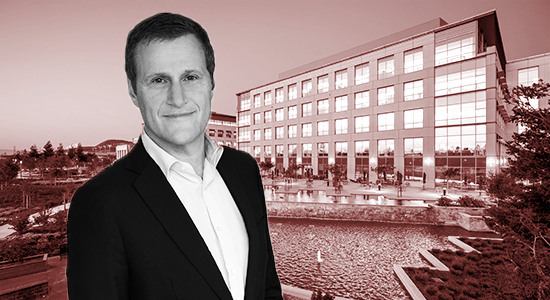 The SMA of the future
The National Pension Service of Korea has committed $1.5 billion to a separately managed account with New York-based owner, operator and manager Tishman Speyer, PERE has learned [see our coverage here]. The expansive partnership will invest in life sciences, multifamily, proptech and credit. It will also set a large chunk of cash aside to invest in innovative new products and strategies as they arise. The implications for Tishman Speyer, a group that has spent the past decade reorienting itself as a cutting-edge, diversified manager, are huge. As president and chief executive Rob Speyer put it: “NPS is a very sophisticated investor, so their validation of our vision and strategy is especially meaningful.” The alliance also speaks to the power of a good brand and could be a model for future SMAs. After all, with one check to one manager, NPS gets exposure to five (or more) strategies. Likewise, for Tishman Speyer, it can capitalize a host of initiatives without hitting the fundraising trail.

One and done
It took Greystar Real Estate Partners 30 transactions to deploy its $1.25 billion Equity Partners IX fund, but just one to exit. The residential specialist sold its entire portfolio to Ivanhoé Cambridge for $3.6 billion [our coverage here]. It is the second time Greystar has gone one and done on the sales side in the past three funds. This time around, it had its pick of counterparties, with the Canadian pension investor emerging from a crowded field of interested buyers after three rounds of bidding. The exit price and the competition to pay it speak to the fervent demand for multifamily assets in the current market.

Leading the way
Blackstone has launched a designated structured finance group. The move reflects how big a role credit has started to play for the $730 billion manager. And the person tapped to run it shows how big a role real estate will play for the new platform. Jonathan Pollack, the current global head of Blackstone Real Estate Debt Strategies, has been promoted to global head of the Structured Finance Group. The new unit will combine BREDS and the firm’s various asset-backed finance activities. Meanwhile, BREDS’ senior managing director Mike Wiebolt, will also manage asset-backed securities in addition to his current responsibility of managing the group’s liquid securities. In a statement, the mega firm’s president and chief operating officer Jonathan Gray said: “The time to expand this part of our business has never been better, particularly as we deploy increasing amounts of insurance capital.”

Entering the big leagues
We have written here before about private equity real estate firms expanding into the single-family-rental space in the UK. But the entrants to date, including Apache Capital Partners, Fiera Real Estate and Legal & General, have all been UK- or Europe-focused firms or platforms. Global alternative investment manager Ares Management Corporation’s own SFR debut via a joint venture with local build-to-rent developer Moda Living, therefore, marks a milestone in the institutionalization of the sector in the UK. The partners are aiming to develop more than 5,000 suburban homes across the country with a gross development value exceeding £1 billion ($1.4 billion; €1.2 billion) by the end of 2025. Construction is slated to begin in Q1 2022.

The time is now
There are less than two weeks for organizations and individuals to submit their nominations for the 2021 PERE Global Awards. With more than 70 categories, the 16th edition of the private real estate sector’s most coveted awards are the biggest we have run. They include for the first time four categories dedicated to the areas of environmental sustainability and social impact. There is also a new award for the standout capital formations and investing in the realm of proptech. The selected nominees will be revealed alongside the commencement of voting early next month. Enter here.

Das Büro
Brookfield Asset Management continues to demonstrate its bullishness in the office sector with its takeover offer for Alstria office REIT, which owns a €4.7 billion portfolio across six core German markets, including Hamburg, Frankfurt, Düsseldorf, Berlin and Stuttgart. Although Brookfield has taken other public REITs private, including Forest City Realty Trust in 2018, Alstria marks the firm’s first acquisition of a pure-play office REIT in recent years. The deal is also noteworthy given the relative resiliency of the German office market. As Brookfield tells PERE, employees in Germany returned to the office sooner than workers in some other markets. This is partly because of the smaller size of the countries’ cities, which enables workers to opt for the more covid-safe commuting options of walking and cycling rather than using public transportation.

Proptech is now a priority
Real estate may be one of the biggest asset classes in the world, but its track record with technology has been patchy, to put it mildly. But as PERE’s new Technology report [download it here] highlights, there are signs of change.

Take the office sector, for example. Asset owners, keen to ensure the safety and attractiveness of the spaces they offer in order to entice workers back from the home office, are pinning their hopes on proptech. Proptech, meanwhile, is revolutionizing the homes in which those workers are spending so much time. Proptech is also making buildings safer, more efficient and, critically, more ESG friendly. It can give investors and managers greater insight and control. Past progress may have been disappointing, but the future of tech in real estate is now looking brighter.

The scare in scarcity
Finding deals and the resources to develop assets are top sector concerns, according to a survey of real estate executives, published last week.

POBA hunts for new CIO
South Korea’s Public Officials Benefit Association is looking for a new chief investment officer as its long-serving boss Jang Dong-hun’s office term ends in January 2022. Jang has served in the role since 2015, making him one of the longest serving CIOs in the country’s pension industry. The typical term of office is three years. Jang is known for his proactive investment style. He steered POBA’s real estate investments from mainly discretionary funds to forming joint ventures with other investors. In 2018, POBA made its first joint venture investment in the US real estate market by committing a total of $400 million in partnerships with California State Teachers’ Retirement System and Teacher Retirement System of Texas.