“In my 30-year career, I’ve never seen real estate fundamentals in the sectors where we are focused as strong as they are today.” 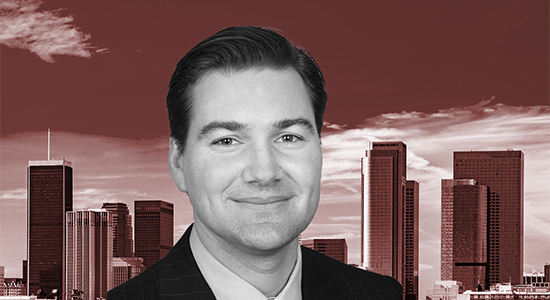 The third wave
Oaktree Capital Management has just closed its biggest real estate fund to date, but it is already well on its way to deploying the $3 billion vehicle. The Los Angeles-based manager tapped Real Estate Debt Fund III to scoop up discounted debt securities during the early days of the pandemic and take advantage of the broader capital market reluctance to lend into New York and other gateway cities in 2021. With roughly $1.4 billion left to put to work, Justin Guichard, co-portfolio manager for Oaktree’s real estate debt and structured credit platform, believes another round of volatility will create  bargain buying opportunities in 2022. To find out why, see our full coverage here.

A record haul
While investors anticipate the arrival of Blackstone’s latest global opportunity fund mega-raise, the New York-based manager continues to break the mold with its focus on perpetual capital. Blackstone‘s signature open-ended strategy, its unlisted BREIT, attracted $9.9 billion in the last three months of 2021, a record for the five-year old vehicle. In 2021 as a whole, BREIT has more than doubled in net asset value, Jon Gray, president and chief operating officer, told investors on the firm’s earnings call last week, reaching $54 billion. BREIT, buoyed by an over 80 percent allocation to residential and logistics assets, was also Blackstone’s largest contributor for earnings last quarter, posting a 30 percent net return.

Regulators mount up
The US Securities & Exchange Commission is putting private funds under a microscope. The regulator floated a new set of rules that would require managers to disclose more information about a wide range of activities, including general partner-led secondary sales, manager and investor clawbacks and key person events [see coverage from our affiliate title Buyouts here]. Managers would have just one day to notify the SEC about such events if the rules are adopted [coverage from affiliate title Regulatory Compliance Watch here]. In addition to the increased compliance burden of these requirements and their potential chilling effect on deals, they speak to the heightened scrutiny being applied to private funds by the SEC under the chairmanship of Gary Gensler, who has vowed to bring more transparency and competition to the market. The rules will be open to public for comment for 30 days. See the full proposal here. 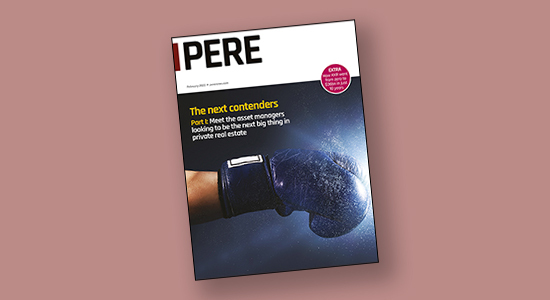 Behind the deals
This month’s cover story takes a closer look at the asset managers striving to be the next heavyweights in private real estate. Below, we share additional color on the deals the firms struck to enter the sector:

Houses of the rising sun
As climate concerns continue to dominate the real estate investment conversation, residential assets are likely to be at the forefront of the discussion moving forward. According to a report by Heitman and the Urban Land Institute, climate migration – the concept of people moving because of weather events – will have a major effect on real estate demand, with where people live as the first domino to fall. “We have talked about residential being the ‘canary in the coalmine,’” one investor said in the report. Dynamics in residential are putting ownership out of reach, meaning the market could become dominated by renters. While great on the face of it for institutional owners of residential, those same owners will be in possession of a larger share of the climate risk from an insurance perspective. “Tenants do not hold significant amounts of property insurance relative to owner-occupiers,” the report said.

Ares a crowd
Ares Management Corporation is the latest manager to target European debt. The manager has made three hires, headlined by former Carlyle Group managing director Philip Moore, who will lead the team. Alessandro Luca who joined from Goldman Sachs, and Anisa Dudhia, who joined from Clifford Chance, will be principal and counsel, respectively. The new platform has already completed its first deal, providing a €113 acquisition loan for an office property in Belgium. Several other managers have launched debt platforms in the last year, including Tristan Capital [see our affiliate title Real Estate Capital Europe‘s coverage here] and NREP [our coverage here]. Similarly, BlackRock, closed its debut European debt fund over the summer [Real Estate Capital Europe‘s coverage here]. Another debt fund manager told PERE in January that European borrowers are getting more comfortable with alternative lenders and relying less heavily on investment banks.

Oxford’s new Asia head
Former Blackstone managing director Alessandro Fiascaris [his LinkedIn here] has been tapped to lead Oxford Properties‘ Asia-Pacific team. He will oversee the Canadian pension investor’s $10 billion platform in the region, which operates from offices in both Singapore and Australia. A Blackstone lifer, Fiascaris spent the latter part of his tenure working on large deals across the region. See Oxford’s press release here.