“Well, 18 months ago, who would have predicted that putting on a suit and sitting on a panel would have felt so exciting!”

Neil Slater, global head of real assets at Aberdeen Standard Investments, commenting on LinkedIn about being a speaker for PERE Europe. 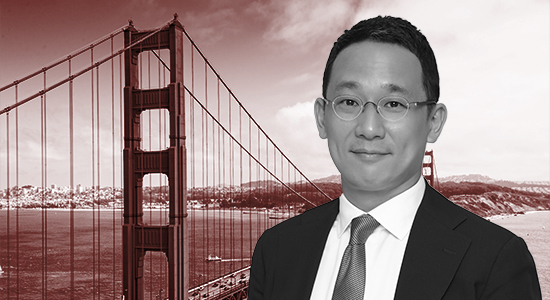 Going to San Francisco
The build-to-core crusade between Hines and NPS has now taken these long-time partners to San Francisco where last Tuesday they announced the acquisition of the Pacific Gas & Electric Company campus in the South Financial District of the city. The Houston-based manager and Korea’s preeminent pension service say their investment in the campus, which they valued at more than $2.5 billion, represents the largest deal along San Francisco’s Market Street in past decade. The 1.6 million square-foot project is the latest outlay of a joint venture arranged in December, which saw NPS commit to a $1.5 billion mandate aimed at sourcing and developing assets that can purvey the facilities demanded by today’s long-term occupiers. See PERE’s interviews with Hines’ chief executive officer Jeff Hines here and with NPS’s real estate boss Scott Kim here to learn more about their partnership. Said Kim of the deal: “This project embodies NPS and Hines’ belief that long-term investments in proven locations, supported by innovation and new technology, will capture sustained demand and create outsized value.”

A new frontier
BentallGreenOak has launched its first US-focused value-add debt fund with a target of $500 million, PERE has learned. Earlier this year, we reported that the firm would look to mirror its European lending platform [see our coverage here] with an American fund series to make loans to transitional projects. Previously, the firm’s lending activity in the market was limited to a core-like mortgage business run through its Sun Life arm, which manages a book of $10 billion North American loans. In late May, Jim Blakemore, managing partner and head of global debt at BGO, told PERE that a pivot toward higher yielding debt was imminent. The shift appears to be in full effect. BGO declined to comment on the fundraise, citing regulatory compliance concerns.

On a positive note
The debt crisis surrounding Chinese real estate developer Evergrande has only further undermined already shaky investor confidence in China. However, that has not stopped logistics powerhouse GLP from raising $1.75 billion for its third flagship development fund in China. The Singapore-based firm has raised the majority of the $2 billion target for GLP China Logistics Fund III from existing investors across North America, Asia, Europe and the Middle East. The fund is expected to reach $5 billion of assets under management with investments in logistics facilities including so-called smart warehouses among other subsectors. By targeting assets that are favored by the government, the logistics specialist has grown its business in China to $72 billion of assets under management and even launched the first logistics REIT in the country in June.

GI 100: New world order
On Friday, PERE will be unveiling its 2021 Global Investor 100 ranking of the world’s largest institutional investors in private real estate. While we do not want to give away too much at this early juncture, we will give you a few reasons to eagerly await the publication of the full ranking at just past midnight UK time on October 1:

Buying the Big Apple
Oxford Properties gave Google the right to buy its St John’s Terminal development as part of its 2019 leasing deal [a rare move, as we reported last week]. But the provision was hardly top of mind. Dean Shapiro, Oxford’s head of US development, told PERE the clause was hardly discussed until this month, as the deadline for Google to exercise it drew near. “After we got through the lease with them, our focus shifted to execution,” Shapiro said. “We knew the option was out there, but honestly hadn’t really talked much about.”

Here are three other takeaways from our behind-the-scenes look at this deal.

Spotlight: ESG in SFR
Typically, the E (for environment) is the primary ESG concern for investors and managers in private real estate. But when it comes to the booming single-family rental sector, the S (for social) is front and center. PERE’s own Kyle Campbell discussed this phenomenon yesterday with our affiliate publication, New Private Markets, which monitors impact, sustainable and ESG investing across the private funds universe. Watch the full conversation here.

Going vertical
Canada’s Public Sector Pension has backed KKR’s latest endeavor in the fast-growing life sciences sector. Together, with Massachusetts-based WS Development, the groups are aiming to build a 16-story life sciences tower in Boston’s Seaport District. The 635,000-square-foot property, 400 Summer Street, has already been pre-leased to the biotech science company Foundation Medicine. Earlier this year, KKR acquired a life sciences complex in San Francisco for $1 billion. A price was not disclosed for this latest commitment to the sector.