“It’s not you, it’s the money. I see a lot of colleagues get tripped up by leaving because someone thinks they’re a rainmaker. But they’re not a rainmaker, they’re just someone who writes the checks.”

Yvonne Nelson, head of real estate at the New York City Office of the Comptroller, speaking on the Appreciating Real Estate podcast about why she has remained in the public sector. 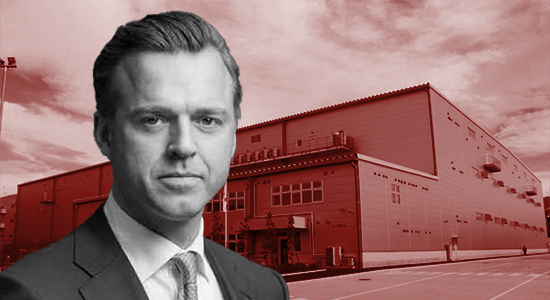 In the newly created role, Kallevig will oversee the company’s strategic capital business, which includes 10 co-investment ventures in the US, Latin America, Europe and Asia. Kallevig, who will report to Prologis chairman and chief executive Hamid Moghadam, will look to expand the $82.7 billion business by increasing its real estate holdings and investment relationships.

Kallevig will initially work from Norway, but plans to relocate to the US. NBIM and Prologis’s relationship dates back to 2012, when the former acquired 50 percent of a European logistics portfolio from the latter for €1.2 billion in the fund’s first industrial real estate investment.

KKR’s new real estate add-on
Private equity giant KKR is expanding its real estate capabilities by launching Strategic Lease Partners, a new platform to invest in triple-net lease real estate. With capital primarily from KKR’s credit and real estate funds, SLP’s opening strategy is expected to see the firm acquire over $3 billion of NNN properties and provide sale-leaseback options to corporate tenants. As part of the launch, former WP Carey execs and net lease veterans Andrés Dallal and Joseph Mastrocola will join the platform as partners. SLP will be an add-on to the firm’s 10 existing strategies focused on real estate equity and credit globally. The launch of SLP comes at a time when KKR’s real estate assets under management have increased significantly – from $11 billion to $32 billion year-over-year as of August 2021 – on the back of several successful fundraisings [read our coverage here].

AIA, GLP join forces in global logistics
Hong Kong-headquartered AIA Group has formed a strategic partnership with logistics powerhouse GLP as the pan-Asian insurer plans to grow its exposure in the sector. It is understood AIA will diversify its investment portfolio by committing sizable capital to invest across all of GLP’s logistics products. Mark Konyn, AIA’s group chief investment officer, noted in the deal announcement that “the alliance is a core part of AIA’s growth strategy to create scalable relationships with world-class investment partners.” The parties have not disclosed financial terms or further details on the partnership. According to PERE data, AIA currently has around 3 percent, or $7.42 billion, of its $247 billion in assets allocated to real estate.

The end of tenant relief
The US Supreme Court has ended the Centers for Disease Control and Prevention’s nationwide eviction ban for tenants living in areas with high levels of covid-19 transmission. The court ruled last week that the CDC did not have the authority to order the moratorium, which went into effect in July 2020, after Congress failed to renew a 120-day moratorium under the Coronavirus Aid, Relief and Economic Security Act passed in March 2020 for properties that received federal assistance or federally backed loans. The CDC moratorium, which was expanded to include all residential properties nationwide and imposed criminal penalties on violators, was originally due to expire on December 31, 2020, but was extended multiple times, most recently through October. Industry organizations such as CREFC have opposed the moratorium and instead pushed for greater focus on rent relief funding, which has faced its own challenges. The CDC ruling does not affect state and local eviction moratoriums.

Not risky for everyone
Evictions, meanwhile, were a lightning-rod issue even before the Supreme Court ended the CDC’s moratorium. Single-family rental companies such as Pretium Partners have been come under fire in recent months for filing eviction notices when the moratorium was still in place. Investors such as the California Public Employees’ Retirement System and Minnesota State Board of Investments, which committed capital to managers with ties to these SFR landlords, have consequently come under pressure to address the eviction practices and other concerns raised by tenants. But although the headline risk surrounding the SFR industry has given some investors pause, it has not deterred others from investing large amounts of capital into the sector, as we report in PERE’s September cover story, which goes live tomorrow.

Leadership reshuffle at KIC
Korea Investment Corporation has put a new person in charge of its real estate business amid a series of senior executive changes. Joseph Cha Hoon, former head of KIC’s infrastructure group, will succeed Lee Seungkul to become the new real estate group head. Meanwhile, Lee has been named head of KIC’s newly created future strategy group, which is a combination of the investment strategy group under the sovereign wealth fund’s investment strategy division and the alternative strategy group under its alternative investment division. The reshuffle came shortly after the appointment of the investor’s new chief executive officer Jin Seoungho in May. Under Jin’s leadership, KIC is understood to have made a further push to increase its alternative and ESG investment targets, according to local media reports.