“We’re not sitting here today with a pressure, or necessity, to tilt the portfolio”

Aviva Investors’ new global chief investment officer for real assets, Daniel McHugh, responds to PERE about the risks of being overweight offices during the current uncertainty for the sector. Read the interview on PEREnews.com later this week. 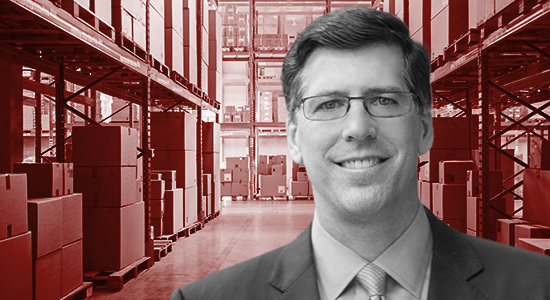 Mubadala nests with Crow for US logistics
Abu Dhabi’s sovereign wealth fund Mubadala Investment Company is making a further push into industrial real estate as it rebalances its investment portfolio. The $243 billion investor has formed a $1 billion joint venture with US real estate firm Crow Holdings to develop Class-A industrial properties across major markets in the country. Mubadala is collecting such relationships. The tie-up with Crow, which is led by CEO Michael Levy (his LinkedIn profile here), came after Mubadala announced a $1 billion logistics development venture in Australia with KKR and LOGOS in April. With a portfolio heavily tilted toward energy assets and commodities, the investor decided to shift its focus into investments in technology, healthcare, real estate, infrastructure and disruptive industries as early as two years ago as its core investments faced ‘headwinds’, according to the Financial Times. The fund’s chief executive Khaldoon al-Mubarak told the newspaper that “we are not going to take a pause, the momentum is there and it’s the whole point with this shift in the portfolio”.

Ping An probed
As Chinese regulators scrutinize the country’s property sector to reduce leverage in its economy, its biggest insurer finds itself in the crosshairs. According to Reuters, the China Banking and Insurance Regulatory Commission is investigating Shenzhen-based Ping An Insurance to “uncover and contain risk connected to its property investment portfolio.” The newswire reported the commission has ordered the insurer to stop selling alternative investment products, which are mostly real estate-related. Ping An came onto the commission’s radar after its net operating profit dropped 15.5 percent in the first half of 2021, partly due to its 54 billion yuan ($8.4 billion; €7 billion) exposure to the troubled developer China Fortune Land Development. The insurer is one of the largest property investors in China with a real estate exposure of 185.5 billion yuan.

Back to compression
State support has brought commercial real estate values back to pre-covid levels, reveals a survey (access it here) published last week by broker CBRE. The survey, which covers the top 25 US markets by investment volume, found more than two-thirds of investors expected cap rates to remain stable, even compress, across most property types through the end of the year. Chris Ludeman, the firm’s global president of capital markets, attributed the return to pre-pandemic form to a “massive fiscal and monetary response to the covid-19 downturn”. As a consequence, more than 75 percent of real estate investors indicated their risk appetite had increased during the first half of year, chiming in sentiment with PERE’s own latest investor sentiment survey (click here), conducted with the real estate capital advisory group of financial services firm Lazard, which found appetite for value-add investments had risen notably.

And DEI benchmarking for all
What do you get when you combine seven real estate industry associations and an executive search firm? The launch of the industry’s first global diversity, equity and inclusion survey of course. Associations INREV, ANREV, NAREIM, NCREIF, PREA, REALPAC and the ULI have teamed up with recruiter Ferguson Partners to launch the Global Real Estate DEI Survey tomorrow. The survey, to be conducted by Ferguson, is expected to offer a corporate benchmark of gender, ethnicity and nationality across seniority and job functions across real estate markets around the world. Data will be collected until October 22 with the final results published in December. The survey is a progression of a compensation study conducted by the recruiter and NAREIM from 2017, which was turned into a survey three years later. In NCREIF’s announcement on the launch of the enhanced effort, it said: “The survey’s expansion graphically and in terms of eligible participants is a respond to the growing prioritization of DEI within CRE organizations, and the need among organizations to benchmark not only their own internal DEI policies, but also that of partners and vendors.”

PGIM’s tech spec for global CIO role
Expect to see an investing strategy better underpinned by technological advances at PGIM Real Estate going forward. The real estate investment business of PGIM, the $1.5 trillion global investment management arm of insurer Prudential Financial, last week announced it had elevated Europe and Latin America boss Raimondo Amabile to the role of global chief investment officer. A key responsibility for him will be “connecting PGIM Real Estate’s data, proprietary market insights and research, with new technological innovations – such as artificial intelligence and predictive technologies – to help drive allocation and investment decisions,” the manager said. Eric Adler, PGIM Real Estate’s global CEO, who is handing over his other role as global CIO to Amabile, said: “I am confident that this appointment will set us on the right path to make the power of PGIM Real Estate’s investment expertise across equity and debt, and our use of data and technology, a true competitive advantage.”

End in sight
The European private real estate funds terminating between 2021 and 2030 are predominantly core and value-add in risk-return profile.

OCERS’ asks for help
The Orange Country Employees Retirement System is in the market looking for advisers, including for its real estate investments. According to a request for proposals issued last week, OCERS is looking for non-discretionary consulting services to help it improve portfolio performance “over the long run while managing risk in alignment with the risk profiles articulated collectively by our investment committee.” As per the RFP, OCERS currently has a 7 percent allocation to real estate, specifically 60 percent of which can be invested in core investments and 40 percent in non-core. As per an adjustment to the strategy made in 2018, when it appointed Aon-owned Townsend Group, up to 10 percent of its real estate allocation can be deployed outside of the US. The US pension, which had $21.5 billion of assets as of the end of June, aims to award the mandate by the end of March next year.