“I don’t think there’s anything brilliant out there at the moment. It’s all pretty much conventional wisdom.” 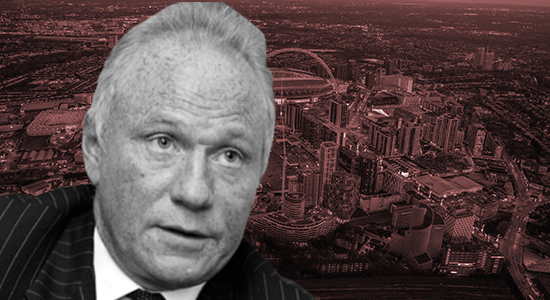 The price is not right
What would have been the largest deal in the UK private rented sector is not to be – for now. Dallas-based Lone Star Funds has put the £3 billion ($4.1 billion; €3.1 billion) sale of its UK residential property company Quintain on hold after it was due to receive formal bids later this month.

Quintain had reportedly attracted interest from three potential buyers: German manager Patrizia; London-based firm Long Harbour; and the investor group behind UK build-to-rent operator Get Living. The Get Living investor group tried to buy Quintain in 2018, but the parties failed to agree on pricing.

This time around, Quintain may have struggled to attract a premium bid because of both the third UK lockdown – which followed a surge in coronavirus cases – and the company’s heavily London-focused portfolio, one market observer tells PERE. However, he expects the Quintain sale to resume in the medium term.

United front
Surprise Democrat victories in Georgia’s twin Senate runoffs last week mean President-elect Joe Biden will enter office with his party in control of both the House and Senate. This was private real estate’s biggest fear heading into the November general election: that an unchecked Democratic government could have free range to hike taxes and tighten regulations. These threats remain in play. But the industry is now singing a different tune. While a gridlocked Congress would have held the status quo, it also would have opened the door to more fiery rhetoric, a particularly worrisome proposition following last week’s violent clash at the US Capitol. “With the new administration, one thing I’m expecting is political stability,” Jake Fingert, general partner at the real estate venture capital firm Camber Creek, tells PERE. “Real estate markets, like all markets, favor stability.”

Charter Hall’s retail bet
While most investors are shying away from retail assets, Australia’s Charter Hall snapped up one of Sydney’s most iconic department stores: David Jones’ flagship Elizabeth Street store for A$510 million ($393 million; €315 million) in a sale and leaseback transaction. The firm’s managing director David Harrison calls it a “deep-value purchase” because of its location in Sydney’s premier shopping district. Moreover, despite the uncertainties around physical retail, the deal was structured as a triple-net lease, including a minimum 2.5 percent per annum annual rent increase, plus a 5 percent initial yield based on the initial annual net rent of A$25.5 million.

Prime housing?
Amazon ventured into the multifamily sector last week, committing to invest $2 billion into affordable housing around its three biggest office hubs: Arlington, Virginia; Seattle and Nashville. While some of the e-commerce giant’s Housing Equity Fund will be meted out charitably in the form of grants, it also will provide loans and lines of credit, albeit at below-market rates [see the firm’s announcement here]. The move serves, primarily, to counter to the narrative of Amazon as a driver of gentrification and displacement. But it also brings a deep pool of capital to an increasingly in demand sector.

World travelers
Last year’s UK hotel transactions were down 55 percent from 2019. But foreign buyers remained interested in the sector.

Shifting south
Colony Capital relocated its headquarters to Florida on January 1, advancing its merger with digital asset specialist Digital Bridge, which is based in Boca Raton. But the shift away from Los Angeles follows a pattern of prominent companies leaving traditionally popular office markets for cheaper, southern locales [see Bloomberg’s coverage of the move here]. Hewlett-Packard Enterprises, the software company’s fintech arm, is shifting its center of gravity from San Jose to Houston; tech giant Oracle is ditching the Bay Area for Austin; and electric carmaker Tesla is reportedly weighing the same move. Even Wall Street stalwart Goldman Sachs is in the market for South Florida real estate. Colony’s relocation may be a rare foray among private real estate firms, but the broader southern shift is undeniable.

The bleeding continues for JLL
Zeynep Fetvaci’s [her LinkedIn profile here] arrival at manager Delancey as head of business development and investor relations carries a couple of connotations. As an arrival, the London-based private equity real estate firm has hired a well-known and respected capital raiser to replace Eric Lemer [his LinkedIn profile here], who joined EQT Real Estate in August 2019. But it is her departure from JLL’s Global Funds Advisory Team that sounds a louder note. It’s another blow to once lofty ambitions by the property services giant to make its mark on the niche private real estate placement agent business. Fetvaci arrived at JLL in July 2017 among a high-profile roster of senior capital markets hires and amid bold ambitions, which they publicly declared [see our coverage here]. Many of these hires have since moved on, leaving the firm’s efforts in this part of real estate’s capital markets feeling somewhat muted.

Back at it again
The new year has begun with yet another multifamily venture launch, continuing the growing trend of firms capitalizing on the pandemic-fueled challenges in the residential sector. Canada Pension Plan Investment Board has, once again, teamed up with Greystar to invest, develop and manage Class A multifamily properties across the US. CPP Investments has invested $350 million in equity for a 90 percent stake in the joint venture, while Greystar allocated $39 million for the remaining 10 percent. The Canadian investor also runs a similar partnership with Greystar in São Paolo, which is targeting an investment of up to 1 billion reais ($182 million; €149 million) in equity.