“We’re in that sweet spot of a cycle where there’s abundant capital. [Borrowers] are getting a little bit more aggressive, and feel very good about the competitive environment.” 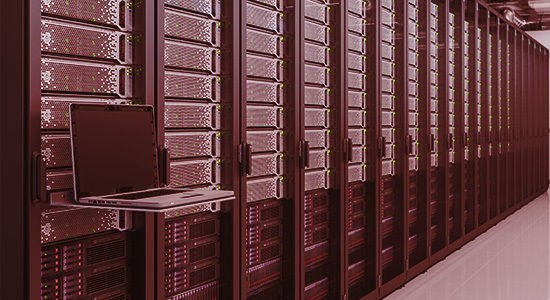 On to the next one
Consolidation in the data center market marches on. The latest platform to hit the trading block is Global Switch Holdings, according to Bloomberg [see its coverage here]. Among the crowded field of interested buyers are some familiar faces: Blackstone, KKR and DigitalBridge (fka Colony Capital), plus the two remaining listed owners in the US, Equinix and Digital Realty Trust. The scrum over Global Switch, which owns and operates 13 centers in Europe and Asia-Pacific, comes weeks after KKR and Global Infrastructure Partners announced a $15 billion privatization of CyrusOne and American Tower said it would acquire CoreSite Realty for $10 billion. Data centers are quickly becoming a must-have for institutional investors, but as that demand rises, so too has the effort by mega-managers to consolidate, leaving fewer avenues for gaining exposure to the asset class.

Thinking regionally
Greystar is taking a new approach to investing in the Asia-Pacific region. The multifamily specialist is raising its first pan-Asian fund with a target of $1 billion, PERE has learned [see our coverage here]. With Greystar Pan-Asia Multifamily Venture 1, the South Carolina-based firm is aiming to replicate the successes it has enjoyed in North America and Europe. But region-wide multifamily investing is a relatively new concept in Asia-Pacific. Previously, Greystar has taken a country-by-country approach to Asian markets. It closed Greystar China Multifamily Venture 1 on $550 million in 2019, Greystar Japan Multifamily Venture I on $278 million in 2020 and Greystar Australia Multifamily Venture 1 on $934 million earlier this year. For its pan-Asian vehicle, the firm plans to deploy roughly 70 percent of the capital raised into Japan, with the balance going into China and Australia.

Mapletree’s Asian expansion
Singapore’s Mapletree Logistics Trust continued its Asian expansion with a billion-dollar buying spree. The REIT acquired 17 warehouse assets in China, Vietnam and Japan. The assets were acquired from other parts of Mapletree‘s business as well as the Japanese trading firm Itochu. The purchases will increase the trust’s portfolio by 18 percent. Prior to this, the Singaporean platform was active in South Korea and India. It made its first investment in India this past March, purchasing two warehouses from Morgan Stanley for $62.7 million. In February, it also purchased five warehouses in South Korea for $250 million from affiliates of South Korea’s Mirae Asset Global Investments.

The universe expands
Institutional investment in movie studios is picking up steam and expanding beyond the major hubs for film and television production. Last week, Hackman Capital and Square Mile Capital – the duo behind MBS Group – expanded its $7.5 billion portfolio into Scotland, acquiring Wardpark Film and Television Studios. The 14-acre site is home to 200,000 square feet of production space, including five soundstages. With a large presence in Los Angeles, New York and London, Hackman and Square Mile have not been afraid to invest in less prominent markets. Earlier this year it acquired two assets in Ireland, one in Limerick, the other in Bray. It is also in burgeoning hubs such as New Orleans. And they are not the only private equity-backed groups to look beyond the major markets. Earlier this month, TPG Real Estate acquired a Chicago- and Toronto-based studio platform for $1.1 billion. The universe of investable studio assets is growing.

Weighing in on net zero
The current supply for net-zero carbon buildings in the UK will be insufficient to meet the growth in demand for such assets, according to a new report from New York-based asset manager BlackRock and UK bank NatWest, Net Zero: A Collaborative Way Forward. The International Energy Agency estimates that 80 percent of UK buildings that will be standing in 2050 have already been built. To achieve net zero by 2050, all new buildings will need to be net-zero carbon ready by 2030, while 50 percent of existing buildings will need to be retrofitted in line with net-zero carbon targets by 2040 and 85 percent by 2050, according to the IEA. However, action over the next decade is key: “Any delay in implementing the level of retrofitting needed by 2030 would result in such a steep ramp up in demand, that retrofitting most buildings by 2050 would be virtually impossible,” the report said.

Socially conscious
The share of real estate assets that are linked to social themes has doubled during the past 15 years, according to a report by MSCI [view it here].

Aviva la casa
A new competitor has entered the UK single-family rental sector. Whereas most of the players to date have been private equity real estate firms [see our coverage here and here], the latest entrant comes from the investor side: Aviva Investors, the asset management business of UK insurer Aviva. The group has teamed up with UK build-to-rent developer Packaged Living to establish a UK suburban SFR platform that will acquire and forward fund rental homes directly from housebuilders. The partnership will target an initial portfolio of approximately £200 million ($267 million; €236 million), with an investment pipeline that is expected to add £500 million in assets in the coming months.