“You can’t now talk about one office market.” 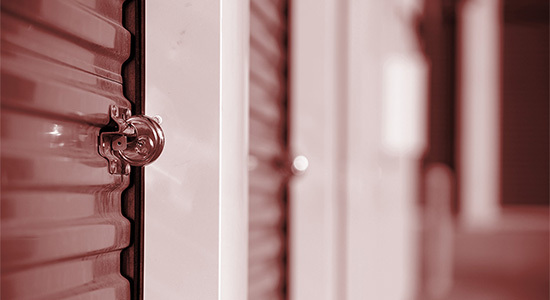 A path less correlated
Institutional appetite for private real estate has changed markedly since Chicago-based manager Heitman last closed a fund in its European Value Fund series back in 2009. Then, it was all about the mainstream asset classes of retail, offices and multifamily investments, per PERE’s database. Fast forward 13 years, the firm announced a first closing for the fifth fund in the series last week. While multifamily stays on the menu, Heitman European Value Fund V, which has a fundraising target of €350 million, is expected to be predominantly deployed into the “alternative” asset classes of self-storage, senior and student housing as well. Maury Tognarelli, Heitman’s chief executive, extolled the virtues of such assets being less correlated to regional economic activity. “These traits may offer solutions for those investors seeking to construct more resilient property portfolios,” he said.

What inflation?
High inflation and looming interest rate hikes are not enough to rain on The Carlyle Group‘s net lease parade. The Washington DC-based manager acquired listed real estate company iStar’s $3 billion net lease platform last week and plans to grow its exposure to the space to $10 billion over time, eventually opening the platform up to retail investors [see Carlyle’s press release here]. Net leases have been in vogue in recent years, growing from $12 billion of transactions in 2009 to $70 billion in 2019 [see our coverage here], and hitting an estimated $90 billion last year. Buyout shops such as Ares Management, KKR and Cerberus have all ramped up expertise in the sector. Yet, much of that growth has been driven by the spread between the yields of triple-net leases and traditional fixed income instruments, which had been at record lows. Carlyle’s arrival into the sector comes as the great lower-for-longer era comes to an end.

UK Breakthrough
Breakthrough Properties, the life sciences real estate developer backed by New York-based manager Tishman Speyer and Los Angeles-based biotechnology investment firm Bellco Capital, has made its first investment in the UK with the acquisition of the 1.7-acre Trinity House site in Oxford. It plans to demolish the existing building to make way for a new Class A office and lab space property. With a record £4.5 billion ($6.1 billion; €5.3 billion) raised by UK biotech companies in 2021 alone, “it is vital that the development community keep pace with this growth,” says Tishman Speyer head of Europe Bernard Penaud. Indeed, the UK life sciences real estate market spans 48 million square feet, with a development pipeline of 30 million square feet, according to commercial real estate services firm JLL. However, only 7.6 million square feet of this pipeline is due to be delivered by 2025.

Balancing act
Singaporean sovereign wealth fund GIC is ramping up its hotel investments by purchasing 30 properties from Japanese railway and hotel conglomerate Seibu Holdings. The investor is expected to pay $1.3 billion for the portfolio, which includes more than 10 hotels. Seibu will reportedly continue to manage and operate the assets following the transaction. The market dislocation caused by the pandemic has pushed many conglomerates to offload their hard assets and improve their balance sheets. Last year, Japanese Kintetsu Group Holdings also sold eight hotels to Blackstone as it looked to improve efficiency. GIC has been eyeing these opportunities to boost its investments in hotel, PERE understands. Also last year, the investor also partnered with Zug-based manager Partners Group to acquire a portfolio of 11 Travelodge hotels in Australia. 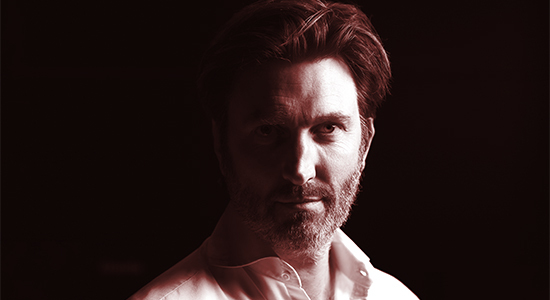 Caring by sharing
While Copenhagen-based NREP has declared an ambition to win real estate’s race to net zero with a standout carbon neutrality target of 2028 – well ahead of the 2040 and 2050 targets set by many other managers – CEO Claus Mathisen is adamant he wants the wider industry to benefit from any such victory. In an interview with PERE published this week [read it here], Mathisen underlined how gratifying it would be to see other organizations adopt its sustainability practices. “The ability to share our findings broadly overshadows any competitive edge we would have,” he told us. The sentiment has been welcomed by peers. Pertti Vanhanen, managing director for Europe at manager Cromwell, told us: “I welcome their open-source nature of this initiative. It is only through sharing information on these initiatives that the industry as a whole will be able to make the great strides it needs.”

The surprising strength of London office
Much uncertainty continues to hang over the future of office. But one would never know it looking at the expected investment volumes for the London office sector. Increased investor demand from the US, Germany and Asia-Pacific is expected to result in more than £60 billion ($81 billion; €71 billion) of transactions from 2022 to 2026, the highest five-year total for more than 20 years, according to a new report from London-based real estate consultancy Knight Frank. In fact, the 2026 estimate of £13.86 billion would the highest-ever single-year deal volume. Driving much of the investor interest is the fact London has more than twice the number of BREEAM-rated office buildings of other gateway cities, enabling such assets to command rental and sales premiums. Other factors boosting demand include the growing number of innovation districts in the UK capital, the easing of cross-border travel and an improving global economic outlook, the report stated.

No small roles, only small managers
Movie studios have risen to prominence as an institutional quality real estate asset in recent years. While mega-managers such as Blackstone and TPG have entered the space [see our coverage here and here], it remains accessible to nimble sharpshooters willing to roll up their sleeves. Such was the case with Hackman Capital Partners and Hudson Pacific Properties, the two leading owner-operators in the independent studio space. A third Californian office specialist is looking to add its name to that list, PERE has learned. San Francisco-based Swift Real Estate Partners, a boutique manager focused on West Coast offices, has acquired Reframe Studios in Los Angeles, home to shows such as American Idol and The Price is Right. The firm plans to modernize the asset for a mid-2023 delivery. If content creation is going to survive as more than a passing trend, it will need smaller groups with non-permanent capital buying and selling in the market.

European signing
QuadReal, the real estate investment arm of British Columbia’s public pension, has hired Zahar Mejanni [his LinkedIn here] as managing director and global head of strategic partnerships. The London-based hire bolsters the Canadian investor’s European capital formation chops, with Mejanni having previously worked as head of EMEA real estate capital markets at Macquarie Group. Mejanni has experience developing new products in infrastructure and alternatives, as well as real estate from his previous role. Property types that Menjanni has specialization in closing deals on include logistics, office, hospitality, retail and residential, the latter of which includes him being a board member of a UK-focused build-to-rent platform.

Enhanced returns
More than half of institutional investors want exposure to real estate as a return enhancer, according to the 2022 edition of PERE’s Investor Perspectives survey [see it here]. It is noteworthy that real estate is being slotted for the alpha portion of investment portfolios when it is often thought of as a beta play. Indeed, the next highest conviction position for real estate was as a replacement for fixed-income instruments.