“I am very encouraged to see more disagreements in my meetings with some of you in recent months, and I see this as a positive step forward toward a mature, confident organization.”

Lee Chee Koon, the Group CEO of CapitaLand Investment, in an open letter to employees posted on LinkedIn [view it here].

Voting for the 16th edition of PERE’s coveted Global Awards closes at midnight on Friday. If you have not cast your votes, you can do so now here.  A giant thanks for the 8,500-plus votes that have already come in. This year’s awards are our biggest yet, with 70 categories and 280 nominations to choose from. Monitoring the votes already cast, we can see many tight races still with very few categories seemingly already sewn up. Among the still hotly contested categories are the newly created ESG Firm of the Year awards. We cannot wait to tell you who has won. 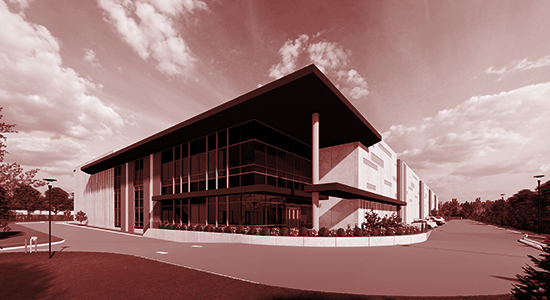 Risky business?
Harrison Street is continuing its expansion into the realm of digital real estate. The Chicago-based manager has forged a $1 billion joint venture to develop facilities in one of the biggest data center markets in the world [read our coverage here] alongside Virginia-based American Real Estate Partners. As data centers become must-haves for institutional investors, it begs the question of how these new entrants should capitalize their commitments? Is it a high-risk opportunistic play or a yield-oriented, build-to-core segment?

For Harrison Street, the answer is both, Michael Hochanadel, managing director and head of digital real estate, tells PERE. If it has a hyperscale cloud computing tenant lined up for an asset, it gets core capital. If not, it gets opportunistic money. “Big picture, these sorts of powered shell development opportunities can fall into either bucket. It really just depends on how much risk is taken relative to when a tenant is secured.”

Making a statement
CBRE Investment Management has started 2022 with a bang in the extremely competitive industrial sector. The LA-based manager purchased a $4.9 billion, 57-asset logistics portfolio from Dallas-based Hillwood Investment Properties. The portfolio includes properties in the US and Europe, adding to recent purchases CBRE IM made in Zurich and Baltimore. The transaction is a statement for the manager, which beefed up its logistics teams last summer. It promoted Christina Forrest [her LinkedIn here] and Laurie Lagarde [her LinkedIn here] to bolster its European efforts; in the US, it hired Mary Lang [her LinkedIn here] from Prologis and promoted Gary Jaye [his LinkedIn here] in the US. As the firm aims to further scale its $35 billion global logistics portfolio – part of a wider $133.1 billion asset base – it has hit the ground running in 2022.

GLP’s IPO: four things you need to know
Singaporean industrial specialist Global Logistic Properties, or GLP, is eying an initial public offering in the US sometime in the year ahead, PERE has confirmed. As originally reported by The Wall Street Journal [see its coverage here (paywall)], the $100 billion asset manager plans to return to the public market after a four-year hiatus. It delisted from the Singapore stock exchange in 2018. Here’s what you need to know about the warehouse giant’s potential float:

Almanac and Starwood’s storage ties
What do Almanac Realty Investors and Starwood Capital Group have in common? For one thing, both firms made self-storage investments announced in the past week. Almanac has committed up to $500 million to Storage Post, an Atlanta-based owner and operator in the niche sector, as we reported this week [see our coverage here]. The deal represents the firm’s first investment from its latest fund, Almanac Real Estate Securities IX, as well as its return to the sector after nearly two decades. Meanwhile, Starwood has formed a joint venture with Morningstar Properties, a Charlotte, North Carolina-based manager of specialty real estate assets with a primary focus on self-storage and marinas. But that is not all the firms share. Morningstar, as it turns out, was Almanac’s last investment in self-storage, having backed the firm in the late 1990s and exited in 2003.

To AEW and back again
What a difference five years makes. In 2015, London-listed industrial REIT Segro sold almost one million square feet of offices in Slough, west of London, for £325 million ($440 million; €389 million), to AEW’s Europe platform, dubbing the assets “non-core” to what was a streamlined focus on logistics properties. Times have certainly changed in terms of how Segro sees the assets. Last week, the REIT acquired them back from AEW for £425 million and at a notably compressed initial yield with a view to capitalizing on their “ageing nature and relatively short lease terms” so they can be converted into higher-yielding data centers and life science buildings.

Health comes first
Digital real estate might be grabbing all the headlines, but it is healthcare-oriented property that investors are dialing up their exposures to the most.

Diversity in real estate: an honest assessment
Many predictions are made around the start of a new year. But few are followed up with any serious scrutiny. Capital adviser Park Madison Partners bucked that trend with its 2022 Perspectives Outlook report [see it here] by evaluating its predictions from the year before. It notched perfect scores for predictions such as the V-shaped recovery of the US economy and the continued attractiveness for real estate. It gave itself less stellar marks for its call that work from home trends would fade or climate risk would become a focal point for real estate investment decisions.

The most refreshingly candid score was given to its prediction that the real estate industry would become more diverse and inclusive. Amid all the diversity, equity and inclusion rhetoric of 2021, it is a worthy reminder that little was done to actually diversify the sector’s workforce. Another fitting grade might be incomplete.

What do you think? Did the real estate industry become meaningfully more diverse last year? Email your thoughts to kyle.c@peimedia.com.

Succession plan
A change of leadership is coming for apartment specialist Bell Partners. Lili Dunn [her LinkedIn here], the North Carolina-based firm’s president, is set to take the reins as chief executive in March [see the press release here]. Before joining the firm in 2010 as chief investment officer, she was a senior vice-president and managing director for the multifamily REIT Avalon Bay. Dunn will replace current CEO, Jon Bell, who is set to take the role of executive chairman. Bell’s father, founder Steve Bell, is shifting into the role of chairman emeritus. The move follows the firm’s most active year to date, having closed $4.8 billion of transactions in 2021.

Running it back
Allianz Real Estate and VGP have formed their fourth joint venture focused on European industrial properties, adding to the German insurance investor’s pipeline of the market’s hottest class. The 50/50 vehicle will be managed by Allianz while the Belgian logistics specialist will handle development, management and ownership of the properties it builds. With a gross asset value of €2.8 billion, the venture adds to Allianz’s 13 percent portfolio allocation.