“I still believe you can achieve a double-digit return using what I call a relatively conservative assumption for a lot of the major asset classes.” 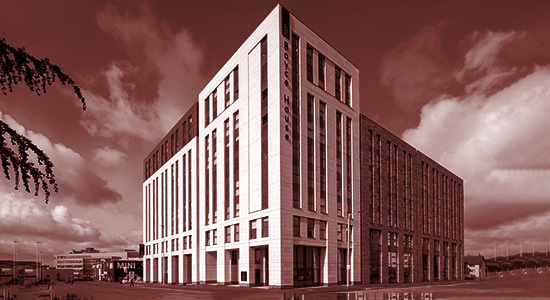 Back for more
Greystar’s £291 million ($409 million; €336 million) purchase of five UK student accommodation assets from KKR underscores the faith the Charleston-headquartered residential manager has in a return to in-person and campus-based education in the country post-covid. Just months after exiting the sector with the £4.7 billion sale of its iQ business to Blackstone, it is back, buying this time from another New York private equity powerhouse. This would appear to be a result for KRR, though its performance from the sale has not been disclosed. But buying from its $739 million, 2015-vintage Real Estate European Partners Fund, suggests a healthy result from its original outlay with Round Hill Capital, made little more than two years ago. Indeed, according to trade publication Construction Enquirer, KKR originally paid £180 million to developer Watkins Jones for the properties in London, Glasgow, Bristol and Coventry, some 66 percent less than the sale price.

A site for 4is

TPG Real Estate Partners has teamed up with sector specialist Derek Heathwood to form its latest UK industrial real estate venture, 4th Industrial. Heathwood most recently was the UK property director of European industrial real estate investment trust Hansteen Holdings, which was acquired by Blackstone last year. To date, 4i has acquired 1.13 million square feet of urban multi-let industrial real estate spanning 125 units across seven sites in the UK. The portfolio, whose 89 tenants include DHL, SIG, Encon Insulation and Softbox, was acquired in four separate transactions. Heathwood and his team will oversee the day-to-day management of the business and pursue additional acquisitions in partnership with TPG.

Last year, Korean investors were adamant that the pandemic would not deter them from committing capital. Even in early April, as covid-19 was gripping most of the world, Korea’s Public Officials Benefit Association told PERE it would not curtail its new investment activity [our story here] and in July we heard investors from the peninsula were starting to travel again [coverage here]. It turns out much of those new deployments went to the US, where Korean groups were the second most active cross-border investors, according to transactions house Real Capital Analytics [its report here]. Korean investors had by far the biggest year-over-year growth in the market, increasing investment by 88 percent to $5.2 billion. Canada, the perennial number one investor into the US, meanwhile, reduced its acquisition volume by 10 percent, closing the year with $12.3 billion of activity.

JLL surveyed workers about how much time they would like to spend at work, home or a third-party environment, and where they are most productive.

Special-purpose acquisition companies, also known as SPACs, have raised more than a $130 billion since the beginning of last year. Much of that has been deployed to acquire real estate-focused companies. Yet, amid all the focus on proptech startups and lenders, none of that capital has yet been committed to property-level investors. There are good reasons for this, including the mass disruption foisted upon the real estate industry last year, as well as the performance characteristics of traditional real estate. But that could soon change, as we explore in our analysis of the subject published this morning.

Despite a muted overall transactions market, 2020 was a banner year for logistics sale and leaseback deals in Europe, with €3.4 billion of activity, according to the real estate firm Savills. Up 15 percent year-over-year, the uptick speaks to the desire for liquidity among operating companies last year, but also the falling yields in the logistics sector, which compressed to as low as 3 percent in prime locations. As demand for e-commerce warehouse space exceeds supply, investors should brace for diminished income returns from the property type.