John Schoettler, vice-president of global real estate and facilities at Amazon, speaking to Reuters on why the e-commerce firm is halting construction on six new offices. 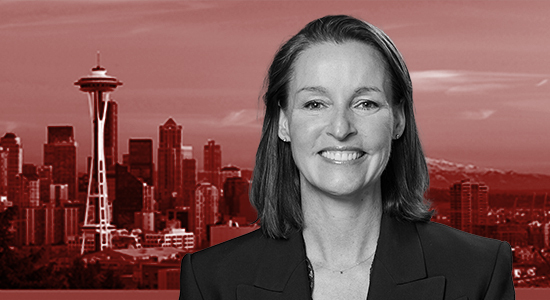 First China, now the rest of the world
Singapore-based GLP has made no secret of its intention to make data centers part of its long-term strategy. After forming its China-focused platform four years ago, the firm has solidified the leadership for its global platform focused on the rest of the world. GLP has hired Jennifer Weitzel from Microsoft to lead the new business line, focused on building its nascent platform in Japan, Brazil and the UK, as well as targeting growth in the US. The firm began hiring a team last year, growing it to between 40-50 people. Weitzel told PERE in an exclusive interview that the next stage of hiring is to put more “boots on the ground” in the key growth markets for data centers. The firm is using existing capital to expand the business currently and has signaled big spending in the sector, with GLP estimating it will need between $12 billion and $13 billion to reach its 900-megawatt target in Japan alone.

Josh Harris’s new venture
A new cycle usually means new firms, as people who cut their teeth during previous cycles team up to take advantage of what they see as the next opportunity. That’s exactly what former Apollo Global Management co-founder Josh Harris and former CEO of NorthStar Asset Management Group CEO Al Tylis are doing. Alongside multifamily investor Rob Morgenstern, the two executives have launched and capitalized Canvas Investment Partners, an investment vehicle focused on multifamily and mixed-use deals in New York and select Tier 1 markets. Canvas already has approximately $250 million under exclusivity and plans to acquire more than $1 billion in the next 12 months.

A surprise record
In the wake of Russia’s invasion of Ukraine in February, sentiment soured on investing in Europe, per a number of conversations PERE had with managers at the time. However, global real estate adviser CBRE has found that total investment volumes in the region reached €152 billion in the first half of 2022, the strongest first half of the year ever in the region. While some of that was driven by a strong first quarter, many countries, including Ireland, Belgium, Italy, the Netherlands, Spain and France, all saw year-on-year increases north of 20 percent and in some cases much higher during the second quarter. Belgium and Ireland posted record investment volumes for Q2 2022.

Keeping with tradition
It is rare when an investor publicly discloses a traditional real estate secondaries transaction. But KLP, Norway’s largest pension company, did just that when Andreas Farberg, investment manager of global real estate, announced in a LinkedIn post last week. He revealed that the institutional investor recently acquired units in CBRE Investment Management’s CBRE Pan-European Core Fund from the UK’s Pension Protection Fund for approximately €100 million through a secondary transaction. Traditional or investor-led transactions have more recently taken a back seat to manager-led deals, which have dominated real estate secondaries activity since 2019. GP-led transactions accounted for 54 percent of transactions that year, but that percentage had gone up to 66 percent as of last year, according to data from secondaries firm Landmark Partners.

Funds of funds bounce back
Funds of funds, an often-overlooked part of the private real estate industry, have posted aggregate returns of 12.4 percent for 2021, the highest in the past 15 years, per a report from industry bodies INREV and ANREV. The returns rebounded sharply from the 1.7 percent returns in 2020, the worst performance for the market segment since 2013.

The right Kadens
PERE has been covering quite a few firm launches as of late, from Westwind Capital to Cannon Hill Partners [check out our coverage here and here]. Add to the list Kadens Capital, a firm founded by Matthias Cordier [his LinkedIn profile here] and Derek Jacobson [his LinkedIn here]. With offices in both Frankfurt and New York, the firm focuses on “growth-oriented real estate assets” across various sectors in major European markets, as well as acquiring interests in operating partners, platforms and other firms. Jacobson previously was co-chief investment officer at Madison International Realty, overseeing all European transactions, while Cordier was managing director at the same firm, responsible for investment sourcing, structuring and execution across Germany, Austria and Switzerland, Northern Europe and central and eastern Europe. Rounding out the team is principal Maximilian Marquardt [his LinkedIn here], vice-president Constantin Stanciu [his LinkedIn here] and senior analyst Mohamed Lalioui [his LinkedIn here].

Oregon’s loss, Denver’s gain
The Oregon State Treasury has lost its most senior real estate professional. Following a 16-year stint where he oversaw the public pension’s $12 billion real estate portfolio, Anthony Breault [his LinkedIn here] has joined Denver-based real estate private equity firm Ascentris as a managing director. The investor still has two real estate investment officers, Austin Carmichael and Chris Ebersole, both of whom have at least four years in their roles. The industry veteran brings over 25 years’ experience in commercial real estate to Ascentris’s portfolio management team, which is responsible for managing the company’s growing real estate portfolio and institutional clients. Breault also joins the firm’s senior management team where he will become a member of Ascentris’s investment committee.