“The real choice is which poison would you like to take? A fully priced bet where the macro drivers are right? Or an asset that faces slightly adverse conditions where you can get a better entry point?”

Zsolt Kohalmi, global head of real estate and co-CEO of Pictet Alternative Advisors, on the state of the market during PERE’s European roundtable late last month 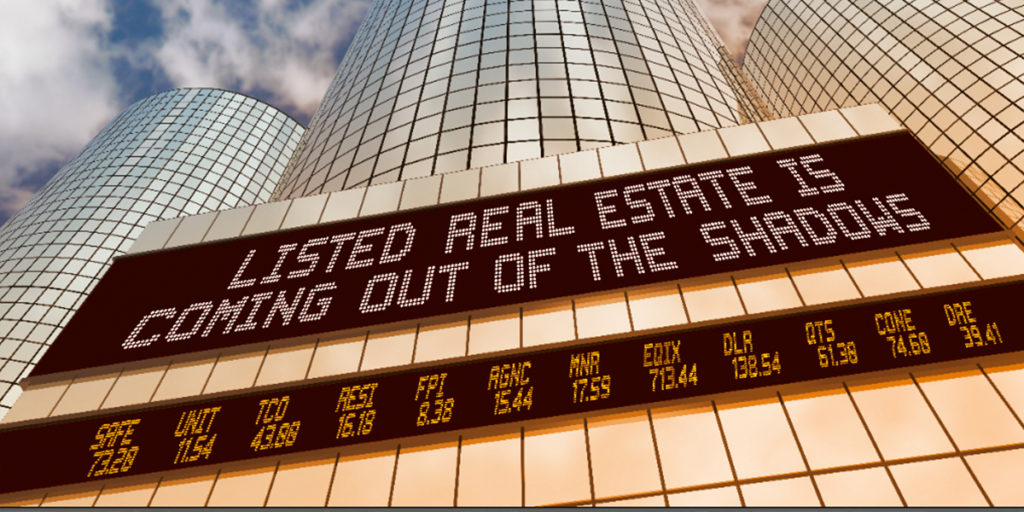 Listed real estate
Although the wild swings in the equities market are dominating headlines, it is the comparably more stable listed real estate space that is piquing the interest of institutional investors. PERE’s February cover story is a Deep Dive into how listed real estate is beginning to come out of the shadows.

Listed equity REITs have historically outperformed unlisted real estate, yet they have consistently formed a tiny part of an investor’s portfolio. In 2020, however, a growing number of investors started increasing their listed exposure to take advantage of the pricing dislocation. They argued that listed markets were also providing better access to scale and to covid-resilient sectors than the open-end core funds that are primarily comprised of traditional property sectors, which are proving less sturdy. Read our cover story to know more about how investors are re-evaluating their perceptions of the liquidity and risk inherent in listed markets.

A tale of retail
Stock for video game purveyor GameStop, which traded for $4 a share one year ago, skyrocketed to more than $400 last week, thereby exposing the market-moving capability of retail investors banding together on the internet. It is also a story of retail real estate. Investors flocked to GameStop to squeeze hedge funds that had taken out astronomical short positions against the stock – bets informed by the same bearishness about physical retail that has driven capital away from shopping malls. But the mobilization behind GameStop and other shorted stocks raises new questions about retail portfolios that are presumed to be on their last legs. Mall specialists Macerich, Tanger Factory Outlet Centers and Seritage Growth, the three most heavily shorted REITs on the market, have seen their trading values increase by between 50 and 80 percent on the year, according to data compiled by Seeking Alpha, while fellow mall owners CBL & Associates (bankrupt), Pennsylvania REIT (recently out of Chapter 11) and Washington Prime (working to stay listed) have doubled on the year. Long-term trends in the retail sector are unlikely to reverse, but the ripple effects of the Big Short Squeeze should be monitored.

SPAC to the future
WeWork is gearing up for another run at the stock market. But, after its botched attempt in 2019, it is looking to skip the initial public offering process and instead is weighing a direct listing through a special-purpose acquisition company. According to The Wall Street Journal (its story here), WeWork is exploring a sale that would value it at $10 billion. Also known as blank check companies, SPACs are empty vehicles that raise money through an IPO then find businesses to acquire later. They had a monster year in 2020, raising $83 billion across 248 IPOs. Just last week, New York-based real estate firm Tishman Speyer used its SPAC to acquire the building software company Latch at an equity value of $1.56 billion. With 90 new SPACs floated in January alone, look for more real estate start-ups to make their way to the listed markets through them.

Rebound
Global real estate transactions bounced back during the fourth quarter of 2020, though they remained well off the pace of the prior year.

Portfolio premiums
The concept of paying a ‘portfolio premium’ for private real estate materialized in the latter years of the pre-covid market cycle. As we will explore later this week, the concept is only really surviving during the pandemic era in the ‘market darling’ asset class of logistics. There, aggregation bonuses of up to 20 percent can be paid by larger managers or investors to reward smaller peers for doing the leg work to pool assets for institutional ownership. Manish Chande (his LinkedIn here), senior partner at Clearbell Capital, said the trend is so prevalent that smaller firms such as his do not mind being vocal about it: “We have the ability to fish in the undergrowth. In so doing, that has created the aggregator model and effectively made us a feeder fund for strategic investors.” Blackstone, InfraRed, NW1 Partners and broker DTRE will also feature in the piece.

Recaps revisited
As the pandemic drags on, the US real estate market remains bifurcated into property types that are thriving (industrial, multifamily, life science) and those that are not (hospitality, retail and office). And, as we explored in our analysis of LBA’s recap of two industrial portfolios yesterday, funds that own both types of real estate are increasingly considering recaps. They allow the former to extend the life of strong performing assets or monetize in-demand holdings without sacrificing their cashflows entirely. For the latter, a recap can spare them from having to sell at distressed discounts. Together, they point to one thing: many more recaps ahead in 2021.

Next stop: Invictus
Veteran capital raiser Doug Kinney is on the move again, this time to Washington, DC-based Invictus Capital Partners where he will take the role of managing director and head of investor relations. The fundraising specialist was most recently a managing partner and co-head of capital raising and investor relations at BentallGreenOak, a position he took in 2016 after a four-year stint at The Carlyle Group.

In case you missed it

What Biden means for real assets
It has been less than two weeks since Joe Biden was sworn in as the 46th president of the United States and a lot has happened already. Cabinet secretaries have been picked, dozens of executive orders have been signed and the real assets world has already had a taste for life under a new president and a Democrat-controlled Congress. Top journalists from PERE, Infrastructure Investor and Agri Investor discussed these changes last week. See what they had to say here.

Doubling up in APAC
Asia-Pacific is taking up a bigger slice of the pie for global investors in their portfolios, as the region’s growth potential has been accelerated by the pandemic. Canada’s Ivanhoé Cambridge plans to double its allocation in Asia-Pacific in the short- to medium-term with a focus on logistics and multifamily sectors (see our coverage here). The investor resumed making new investments in the region in the second half of 2020 and has most recently committed $400 million to invest in Japanese logistics with PAG. Having been in APAC for 15 years, the firm currently allocates around 7 percent of its CA$64 billion ($50 billion; € 41 billion) portfolio in the region.