“I would expect our real estate business to increase. We have a lot of white space. But it has to be done in an Apollo-esque way.” 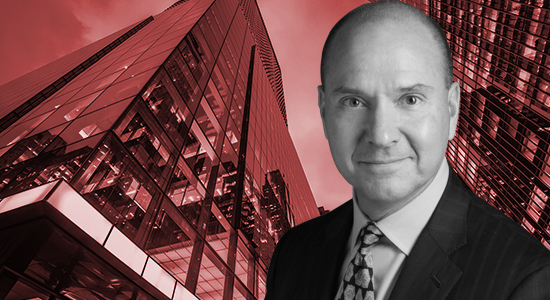 Not dead, just obsolete
Exeter Property Group’s chief executive and founder Ward Fitzgerald sees green shoots in the office sector, even if demand for the property type fades post-covid. Approximately 80 percent of the Pennsylvania-based manager’s portfolio is in the industrial sector – a key reason why Swedish private equity firm EQT agreed to acquire it for $1.8 billion. But, because of that sizable exposure, Fitzgerald believes Exeter will see slightly faster growth in the life science, office and residential sectors. Office may well be the greatest opportunity, he says, anticipating that a significant chunk of properties in the US and Europe will become obsolete in the coming years. That obsolescence will open the door to investments that increase specialization, efficiency and productivity.

Demystifying diversity
As the real estate investment management industry steps up efforts to spur more diversity, equity and inclusion, questions around the correlation of diversity to performance have lingered. The industry association NAREIM’s 2021 Diversity & Inclusion Survey provides timely and exhaustive analysis on how a diverse team can actually help create investment outperformance. According to research conducted by Peter Braffman, head of real estate at GCM Grosvenor, diverse managers achieved IRR and MOIC outperformance in six out of the seven years between 2012 and 2018. Braffman’s analyses, published in the NAREIM survey, were based on data collected from 264 diverse managers. In 2018, for example, this sample generated IRRs of 21.2 percent, more than double the broader industry benchmark of 10 percent for the year. As Braffman highlighted, the industry needs to “demystify the notion that if you are investing in emerging or diverse managers, you are limiting your subset and therefore you are sacrificing performance.”

Retail returning
After an otherwise dreadful 2020, London’s retail real estate market closed the year relatively stronger, tallying £475 million ($652 million; €542 million) of activity in the final quarter, according to CBRE. The Q4 flurry accounted for more than half of retail investment in the city’s central business district, which finished the year at £860 million, a 25 percent decrease year-on-year. The brokerage attributes the rush of deals to the backlog of high-quality assets that had built up during the pandemic finally coming to market. This deluge of deals shows that investment capital is standing at the ready for the right properties.

Opportunity checks in
With $24 billion raised for hotel investment last year, private real estate investors are poised to return to the troubled sector.

Secondaries surge
For all the havoc that was wrought on the broader transactions market, 2020 was a banner year for real estate secondaries. With $8.5 billion of net asset value, it was the biggest year on record for the market, according to secondaries manager Landmark Partners, surpassing the previous record of $8.2 billion set in 2015. Year-on-year, the sector grew by 18 percent, from $7.2 billion, despite the total number of deals dropping from 127 to 114. The driving force behind this surge was recapitalizations, which accounted for two-thirds of the market, at $5.6 billion. As we reported last week, recaps have proven to be a necessary tool for funds struggling in the current environment, as well as those thriving. So, look for secondary activity to remain strong in the months ahead.

Other side of the table
One of Meketa Investment Group’s best-known consultants has departed to join the ranks of the manager world. Christy Gahr, formerly a principal with the Boston-based advisory firm, has taken the position of managing director at Austin-based Virtus Real Estate Capital. The 13-year industry veteran will shape the strategic direction of the firm and bolster its institutional relationships.

Logical conclusions
Cometh the crisis, cometh the asset class. While covid-19 has upended lives and livelihoods, it has also provided logistics real estate with a time to shine, not least as e-commerce has surged. Here are three key takeaways from PERE’s most recent Logistics special report:

Modernizing the portfolio
Malaysia’s Employees Provident Fund is reviewing its allocations from traditional asset classes to new-economy assets. The pension is considering sales of at least seven domestic real estate assets worth roughly $110 million, according to local media. The portfolio is understood to be comprised of office buildings, a retail property and a seaside hotel. The investor told the local paper that its investment decisions are driven by the “the fund’s overall portfolio strategy” and “the long-term health of the fund”. Apart from EPF, Singapore’s CapitaLand also announced last year that it would recycle its capital and deploy more into new economy assets such as business parks, logistics and data centers.