“Make no mistake, this program cannot continue in its current form.”

US Senator Chuck Grassley on the EB-5 cash-for-visa program, a key source of capital for large developments, which is due to expire this month [per WSJ]. 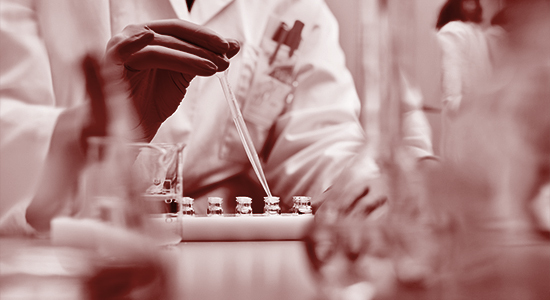 Doubling down on the Triangle
It may have just sold a massive US life sciences portfolio to Blackstone, but Brookfield Asset Management is no slouch in the sector on the other side of the pond, either. The Toronto-based alternative asset manager has bought Arlington, a UK science, innovation and technology real estate platform, from San Francisco-based alternative asset firm TPG for £714 million ($995 million; €835 million). The price represents a nearly 60 percent increase from the £450 million TPG paid in 2017. Arlington’s 36 assets – comprising 1.6 million square feet of existing assets and one million square feet of near-term development potential – are concentrated within the UK’s Oxford-Cambridge-London “Golden Triangle,” where Brookfield also purchased a 50 percent stake in the Harwell Science and Innovation Campus in Oxfordshire last year. Both investments were made through the firm’s latest real estate opportunistic fund, Brookfield Strategic Real Estate Partners III.

Closure at last
Blackstone has finally agreed to acquire Chinese office developer Soho China after a prolonged negotiation. The private equity giant will pay HK$23.7 billion ($3 billion; €2.6 billion) for 54.93 percent stake in the company. Local media reported that Blackstone’s purchasing price represents a 24 percent discount from last year’s $31 billion proposed value in March 2020. It is worth knowing that the developer’s share has dipped around 15 percent since early 2020 on the back on the pandemic. From the start, the discussion between Blackstone and Soho has always made headlines. The deal was reportedly dropped in May last year when Soho announced that “no consensus has been reached on the terms of the potential transaction thus far” despite not naming any investors. Moreover, at least two senior Blackstone executives involved in the transaction left during the course of the negotiation. They were Blackstone’s former head of real estate in China Tim Wang and former Blackstone managing director and ex-Soho China president Yan Yan in Q4 2020.

Proptech’s kingmaker
New York-based venture capital firm MetaProp closed its third fund on $100 million this week. Ivanhoé Cambridge, Sumito Mitsui Trust Bank, the Development Bank of Japan, Mitsui Fudosan, PGIM and Bridge Investment Group were among the investors. According to the firm, the fund is the largest ever raised for seed-stage investments in real estate technology. Proptech’s maturation has been on full display this year with large SPAC-supported public offerings for building software provider Latch (valued at $1.56 billion), virtual tour company Matterport ($2.9 billion) and co-working giant WeWork ($9 billion), among others. With such large exits, it is no surprise that more capital is clamoring for early access to start-ups in this space. MetaProp, for its part, has positioned itself as institutional capital’s go-to shop for these types of investments. And by populating its investor base with property owners, managers and advisers, the firm has a ready-made customer base too for putting its investments to work.

Nordic appeal heightens
It will take some effort to dislodge Copenhagen-headquartered manager NREP as the biggest core fund manager in the Nordics after it hauled in €900 million in a first closing on its NREP Income Plus fund in February. But that will not stop the chasing pack in the region from attempting to close the gap. In the last week, Helsinki-base CapMan held a €300 million first closing for its Nordic core residential fund, while Stockholm-based Niam announced its own first closing – while refraining to reveal the amount – for the follow-up to its Niam Nordic Core-Plus Fund II, which attracted €280 million in 2018. Such activity demonstrates a ticking up of institutional confidence in the factors that make the Nordic region one of the world’s safer havens these days.

What’s next for SPACs?
Special purpose acquisition companies, or SPACs, have attracted $107.8 billion this year, according to spacresearch.com, roughly as much as the prior three years combined. But activity has tapered off in recent months. This begs the question: what is next for the space? Gaw Capital Partners thinks the answer is going international. During a PERE Global Passport Deep Dive panel last week, founder and chairman Goodwin Gaw said his Hong Kong firm would use its $300 million SPAC to bring an emerging company from China or elsewhere in the region to the US. Alta Companies chief investment officer Paul Kang, a long-time SPAC investor, endorsed the strategy, saying a focus on inaccessible foreign markets could give the sector a “second leg”.

Look for more coverage of this topic later this week. To see the full panel, check out the PERE Global Passport portal.

Eyes on the crowd
While institutional managers are competing for retail dollars, the amount of capital being raised by crowdfunding groups is exploding.

A warning shot for offices
Fortune magazine surveyed the chief executives of its signature top-500 companies list. The results are not encouraging for office owners [see them here]. Nearly three-quarters of CEOs said they planned to reduce their office footprints in the future, with 22 percent saying they would need “a lot less” space for their workforces. Only 7 percent planned to add more space. This challenges the belief that office usage will be little changed by the pandemic. After all, Fortune 500 companies are the target tenants for institutional office owners.

How worried should investors be by these findings? Send your thoughts to: kyle.c@peimedia.com.

Spanish rentals
In what is understood to be its debut private rent sector portfolio deal in Spain, Allianz Real Estate has acquired a stake in the Elix Vintage Residencial Socimi. The German insurance manager has purchased the portfolio, consisting of 21 residential assets across Madrid and Barcelona, from a partnership between the New York-based KKR and Madrid-based Altamar Capital Partners. According to reports, the total deal value for the transaction was €251 million, which included the equity sum of €140 million. KKR’s undisclosed share of its investment in the residential platform, back in 2017, was made through KKR Real Estate Partners Europe I, a 2015-vintage opportunistic fund that raised $739 million.