“Once you reach that level of 90 percent LTV ratio, we believe it’s no longer real estate. It’s financial engineering. You’re basically betting the ranch that nothing goes wrong” 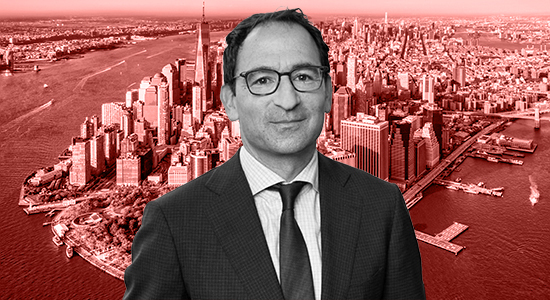 Blackstone’s creative financing
Accessing debt capital is easily the most widely discussed topic in private real estate these days. Blackstone president and chief operating officer Jonathan Gray weighed in on the subject during the mega manager’s Q3 2022 investor call last week, attributing the slowdown in transaction activity to the increased difficulty in borrowing money. “The cost of capital if you’re buying a company or buying real estate has gone up materially,” he said. However, “if anyone can get a financing done somewhere, it’s us. And I think you’ll see some examples of that in the not-too-distant future.”

While the New York-based firm may be “unique” in its scale, lender relationships and execution certainty in deals, Gray noted the firm is also thinking creatively with its transactions. In a more capital-scarce market environment, “we may have to over-equitize the deal and then ultimately finance it when markets calm down a bit in the future,” he said. Check out our Blackstone earnings coverage here.

TPG investors double down (again)
Liquidity might be drying up across the private real estate sector but not so at Fort Worth-based private equity firm TPG, which announced yesterday the final closing of its TPG Real Estate Partners IV opportunity fund at a series record of $6.8 billion. The haul, which includes capital from an array of investors, including US pensions Texas Municipal Retirement System and Los Angeles County Employees Retirement Association, represents more than twice the $3.7 billion collected for TPGREP III in 2019. That amount was almost twice the $2 billion raised by the firm for TPGREP II in 2015.

Avi Banyasz, partner and co-head of TPG Real Estate, said in an announcement on this latest raising that the firm would adopt a two-pronged approach to deployment, including “long-term secular trends” and “dislocations caused by capital market volatility.”

This is the firm’s 10th office in the region and second office in Southeast Asia. Ray Lawler, chief executive officer at Hines Asia Pacific, told PERE that the expansion into Vietnam was part of the firm’s broader push to achieve its 2030 vision of Asia Pacific representing approximately one-third of the firm’s activity. Since 2018, Hines has tripled its assets under management in Asia Pacific from $2 billion in 2018 to $6 billion in 2022.

More renewables
Hong Kong’s Gaw Capital Partners and Chicago-based LaSalle Investment Management are the latest managers tapping into the renewable energy sector in bids to enlarge their ecosystems, according to the firms’ announcements. Gaw has formed a joint venture with renewable energy developer Maoneng Group to develop a $2 billion portfolio in Australia. The partners have identified six development projects to acquire and will explore other opportunities in the country. Meanwhile, LaSalle has also partnered with full-electric commercial vehicle manufacturer and services provider Volta Trucks to launch its first Volta Trucks Hub in the UK.

Today, renewable energy is the fastest-growing energy source for buildings globally, with usage rising by 4.1 percent annually from 2009 to 2019, according to ULI Greenprint’s Renewable Energy Strategies for Real Estate report, published this year.

This was the first edition of the biennial study to use TGER, which was introduced as a new global standard in place of total expense ratio by INREV, ANREV, NCREIF and PREA in 2020.

Long Lviv Ukraine
While the Ukrainian military forces continue to demonstrate their resistance to Russia’s invasion, the country’s commercial real estate market is showing a resilience of its own, especially its logistics assets, according to broker CBRE. Curtailed to activity in the western city of Lviv and capital Kiev, the broker said many companies have relocated and reinstituted distribution chains both internally and internationally.

“Large-scale military actions and the cessation of business activity in the first months of the war led to decreased demand among all types of occupiers,” according to a report by Eastern European real estate publication Property Forum, published last Thursday. “But signs of leasing activity for warehouse space were witnessed during April-May, following the de-occupation of the Kyiv region.”

Accordingly, take-up in the Kyiv region in H1 this year was up 9 percent year-on-year at 473,616 square feet, bringing vacancy down to less than 3 percent. Of course, the area’s vacancy rate has not been helped by bombing, which destroyed 22 percent of the city’s 17 million square feet of investment grade logistics assets.

European volumes fall
Despite hitting record territory with €229 billion transacted in the first nine months of the year, Q3 investment volumes in the region were down -16% on the same period last year. Residential deals contributed most to the quarterly decline.

Bringing in the Middle Eastern capital
Oxford Properties-owned M7 Real Estate has opened its first Middle East office as it seeks to broaden its investor base in the region, according to a release. Zaid Al Rawi, managing director for M7 Middle East & North Africa, will head an office in Dubai. The opening of the office came shortly after the firm received financial services authorization from the Dubai Financial Services Authority last month, allowing M7 to raise capital from a broader group of investors in the region. Prior to establishing the office, the manager already managed about €1 billion of European real estate on behalf of Middle Eastern investors, which represented approximately 20 percent of the firm’s assets under management.

The manager of Norway’s sovereign wealth fund, Government Pension Fund Global, will acquire its interest from Canada’s Public Sector Pension Investment Board, which will retain a 48.75 percent ownership interest. PSP bought its original stake in the asset just four months prior. The £90.2 million ($101.80 million; €103.15 million) stake purchase is slated to close next month.

US manager Longfellow Real Estate Partners will own the remaining 2.5 percent interest. “We have been monitoring the UK life science market for a number of years, and the transaction came about through relationships we had developed with Longfellow and PSP,” a spokesperson said in an email to PERE.