“It almost feels a little like the Wild West at the moment. Anyone who has a defunct office building is calling guys like us and saying, ‘Life science conversion, anyone interested?’”

Jonathan Pearce, Ivanhoé Cambridge’s head of leasing and development for offices and industrial, on life sciences real estate during the PERE Global Summit 2021. 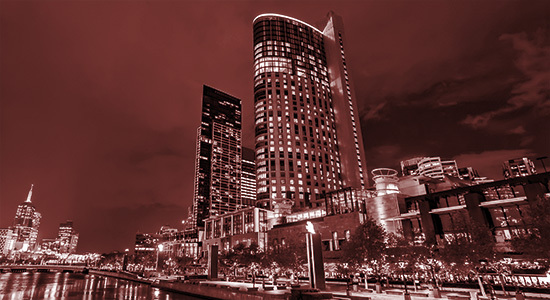 Upping the ante Down Under
The line of suitors hoping to try their luck with Australia’s biggest casino operator keeps growing. Three groups have floated various M&A offers to acquire Crown Resorts so far, furthering the consolidation trend in gaming real estate. Last week, rival company Star Entertainment Group made an offer valuing the firm at A$9 billion ($7 billion; €5.8 billion). Star [its proposal here] said the all-stock merger, if successful, would create “one of the largest and most attractive integrated resort operators in the Asia-Pacific region.” Other prominent groups vying for Crown include Oaktree Capital Group and Blackstone. Blackstone’s A$8.4 billion takeover offer, however, was unanimously rejected by the resort operator’s directors on Monday on grounds that the bid undervalued the company, as well as uncertainty about the timing and regulatory approval.

In the States, Las Vegas casino resort owners have shown an increasing willingness to divorce themselves for their real estate. This has led to REIT spinouts and, more recently, a string of private equity acquisitions. Look out for a deep dive into this trend in our June edition.

Data driven
The mega Japanese developer, Mitsubishi Estate has laid out an ambitious investment roadmap for one of real estate’s most heated sectors. According to a report in Nikkei, the firm plans to build seven data centers in the US worth approximately $1.8 billion. In doing so, Mitsubishi Estate will become the first Japanese real estate company to invest in a US data center asset. The firm’s conviction is being driven by the sector’s growth potential arising from the increasing demand from tech giants, according to the media report. Mitsubishi Estate will join other Asian investors like the Singaporean sovereign wealth fund GIC that have made huge outlays in the US data center market recently.

Stay class B, San Diego
Blackstone is making a massive bet on the residential sector in San Diego County, having reportedly agreed to acquire 66 apartment complexes for more than $1 billion. Under one of the largest property deals in the county’s history, the New York-based private equity giant will purchase 5,800 multifamily units from the Conrad Prebys Foundation. The foundation invests the fortune of Conrad Prebys, who was one of the largest private owners of multifamily properties in San Diego County and rented out his apartments to middle-class residents at affordable rates. Blackstone has reportedly promised to keep most units affordable for those who earn 80 percent or less of the region’s median income. The transaction, which is a joint venture with Los Angeles-based investment firm TruAmerica Multifamily, is expected to close in the coming weeks.

Buying low
Brookfield Asset Management has reached a final deal with its listed real estate arm, Brookfield Property Partners, to take the platform private. It will pay $18.17 per share, a 10 percent increase from its initial offer, or roughly $6.5 billion. In his letter to shareholders [read it here], Brookfield chief executive Bruce Flatt said the deal was good for both sides considering the dour sentiment about real estate in the public market. “Real estate stocks have been trading as though no company will ever occupy an office again, no person will ever set foot in a store and nobody will ever travel again, for either business or leisure,” he wrote. “We do not believe that any of these will be the case, and so we are investing accordingly.” Flatt said the firm could do more with the platform in private hands.

Proptech in China
From 2014 to 2016, the country saw a boom in proptech startups that has since tapered off.

SFR catching on
The single-family rental housing sector is buzzing in the US, where Toronto-based Tricon Residential announced a $1.5 billion joint venture last week with California-based Pacific Life Insurance Company and an unnamed global investor. But activity is picking up on the other side of the pond as well. Also last week, Apache Capital launched Present Made, a single-family housing for rent platform in the UK. The subsidiary has a £1.6 billion ($2.3 billion; €1.9 billion) development pipeline that will include more than 3,000 so-called smart homes in suburban locations in southern England. Other UK firms active in the sector include Packaged Living, a UK private rented sector specialist backed by Fiera Real Estate, and Legal & General, which launched suburban single-family rental platforms in October and November, respectively.

Where has the distress gone?
Canyon Partners Real Estate did not intend to use its second real estate debt fund to buy up loans from distressed sellers. But when covid-19 hit and ignited the secondary debt market for the first time since the global financial crisis, the origination specialist took advantage. Note acquisitions accounted for roughly $200 million of the equity deployed by Canyon Laurel Fund II, which just held a final close with $650 million of fund and sidecar commitments [our coverage here]. Meanwhile, as Canyon unintentionally timed the market perfectly, other managers tried to do the same thing by raising pools of opportunistic capital, only to find the window for acquisitions close as swiftly as it opened. Barring margin calls or other liquidity issues, many non-bank lenders rode out the pandemic by giving forbearance to their borrowers and getting it from their creditors. This left distressed fund managers with mountains of cash and limited options for deployment.

What has happened to the distressed capital raised for the pandemic dislocation event that never occurred? If you know or have some ideas, reach out to Kyle Campbell at kyle.c@peimedia.com.

ADIA loses an(other) exec
Gerald Fang, head of Americas real estate at Abu Dhabi Investment Authority, is the latest to leave the sovereign wealth investor amid a wave of senior departures from its real estate team [our coverage here]. Having been with ADIA for more than a decade, Fang was named head of Americas real estate in 2018 after his predecessor Tom Arnold was promoted to become the firm’s head of real estate. With Fang’s exit, ADIA will be left without any permanent regional real estate heads. The Europe and APAC regional teams are currently being led by two acting heads following the departures of former Europe head Pascal Duhamel and former Asia head Todd Rhodes.

This week’s investor meetings
Tuesday, May 18