“We are just focused on what’s the downside, so we have a half-glass empty, broken on the floor, type of mentality.” 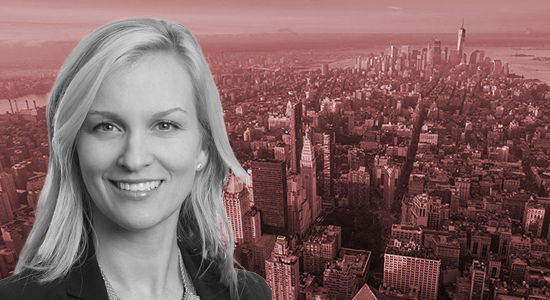 BentallGreenOak has cultivated a reputation as one of private real estate’s biggest go-anywhere, do-anything managers. One thing the firm is not particularly known for, though, is US lending. But that is poised to change with the hiring of Abbe Franchot  Borok (pictured) [her LinkedIn profile here] as a managing director and head of its US debt platform. BGO manages more than $10 billion of mostly low-yield loans throughout North America on behalf of Sun Life, the Canadian insurer and parent company to Bentall Kennedy. Part of Franchot Borok’s remit will be to expand the platform into higher-risk strategies and make BGO’s US debt operation look more like its European counterpart, Jim Blakemore, managing partner and head of global debt at BGO, tells PERE. That business has raised nearly €1.5 billion for two European debt funds plus more than £800 million (€930 million; $1.1 billion) for a pair of UK vehicles. Franchot Borok joins BGO from Amherst Capital where she launched and managed two commingled debt vehicles while overseeing capital markets activity on both the debt and equity side.

South Korean insurer Samsung Life, through its real estate subsidiary Samsung SRA, has made a significant entity-level play in a bid to ramp up its global investment portfolio. The insurer is acquiring a 25 percent minority stake in London-headquartered manager Savills Investment Management. As part of the “strategic investment alliance,” Samsung will also commit $1 billion in equity toward Savills IM’s real estate investments in Europe and Asia over the next four years. The investor also has the option to increase its interest by a further 10 percent if at least $2 billion is committed over time. The partnership is a rare case of an Asian investor becoming a stakeholder in a global manager. The move is not without precedent, though. Chinese sovereign wealth fund China Investment Corporation was one such high-profile investor that reportedly held a 12.5 percent stake in US private equity real estate heavyweight Blackstone. CIC eventually exited its holding after 11 years in 2018.

The big will get bigger

A blockbuster real estate M&A deal to come out of Europe last week was German residential real estate company Vonovia’s proposed takeover of Berlin-based listed property firm Deutsche Wohnen. The combination of the two groups will create Europe’s largest residential real estate company, with a total market capitalization of approximately €45 billion and more than 500,000 apartments with an aggregate value of around €90 billion. But while Vonovia – whose shareholders include BlackRock, Norges Bank, JPMorgan and APG – and Deutsche Wohnen are both listed companies, this transaction has relevance for private real estate too. One residential-focused manager told us he expects more manager consolidation in the sector in Europe, given the need for economies of scale in both the public and private markets. 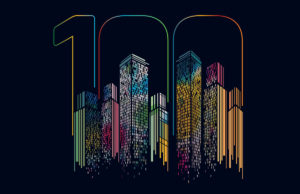 It would surprise few to know that private real estate capital raising and deployment levels were impacted by the pandemic. In this year’s PERE 100 ranking, the aggregate fundraising total was $510.9 billion, just 3.3 percent more than last year, the slowest growth for the ranking since its inception. Along with the overall hardships of securing capital in a world in lockdown, a dearth of mega-funds contributed to the sluggish growth. Also, some of the usually prolific top 10 ranked managers saw their five-year totals reduced. Nonetheless, these muted activity levels have little to do with the PERE 100’s performance, which by most visible accounts was still stellar. This consistency, coupled with a globally successful vaccination effort, should see the PERE 100’s growth and deployment activity return to pre-pandemic form this year. Overall, the ranking’s trajectory has been nudged by the coronavirus but certainly not knocked off course.

Checking out of UK hotels

Cerberus Capital Management has exited its investment in a large UK hotel portfolio, selling the properties at a discount to its original purchase price to New York-based investment manager Marathon Asset Management. The portfolio – which comprises 2,374 rooms across 15 Holiday Inns and two Crowne Plazas in the UK – reportedly sold for £180 million ($255 million; €209 million) or approximately £75,000 per room. The New York-based alternative investment manager had previously acquired a 2,443-room portfolio of 18 Holiday Inns in the UK for £225 million or £92,000 per room in 2015 from a joint venture between Lehman Brothers Real Estate, Canadian real estate investment firm Realstar Group and Singaporean sovereign wealth fund GIC.

Institutional investors continue to reshuffle their exposure to core managers. Last week, the New Jersey State Investment Council committed $200 million to Morgan Stanley’s Prime Property Fund, citing the vehicle’s track record of outperforming the NCREIF-ODCE benchmark over the past one-, three-, five- and 10-year periods. The move comes as part of a years-long movement of investors out of struggling open-end funds – particularly UBS’s Trumbull fund – and into those with more favorable asset allocations, namely more logistics and multifamily, and less retail. New Jersey also cited the flexibility that comes with the open-end structure as an advantage to the investment, though it is worth noting that not all core vehicles offer such liquidity. UBS, for example, saw its redemption queue stretch over two years.

Roland Merchant has joined CBRE Capital Advisors in New York as senior managing director to lead the firm’s institutional advisory practice. Merchant joined CBRE from JLL where he was most recently a senior managing director of capital markets. Before that, the investment banking veteran spent 13 years as a director at real estate capital advisory firm Eastdil Secured. With more than 20 years of industry experience, Merchant has participated in more than $20 billion of investment advisory and sales transactions. In his new role, he will oversee the capital advisory firm’s strategic decisions and executions with a focus on multifamily transactions.

The California State Teachers’ Retirement System has committed $250 million to Los Angeles-based Belay Investment Group. The women-owned firm will use the capital to invest in emerging managers and market sector specialists. This is the second investment the pension fund has made with Belay, for a total of $550 million. “The additional allocation to Belay represents the next step in furthering our mutual commitment to providing access, new avenues and new opportunities within the real estate investment space,” CalSTRS’ head of real estate Mike DiRe said of the commitment.