“If you sell the company today, you’re capping your upside – in one way, shape or form – and we didn’t want to do that”

Bridge Investment Group chairman Robert Morse to PERE on his firm’s decision to go for a public offering rather than a private M&A deal. 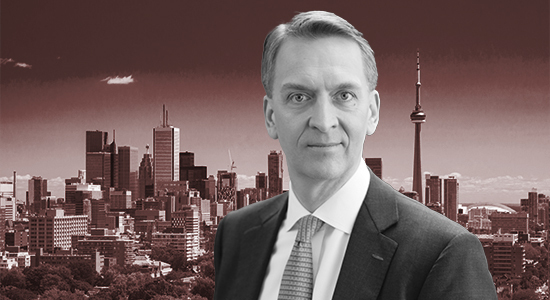 A little insurance
Brookfield set a high bar when it rolled out its fourth flagship opportunity fund in April, targeting $17 billion (see our coverage here). If it hits that mark, Brookfield Strategic Real Estate Partners IV will be the firm’s largest real estate fund to date and the second largest ever raised. So far, the fundraising campaign is off to a commensurate record-setting pace. The firm held a first close on more than $9 billion for the fund, Brookfield Asset Management chief executive Bruce Flatt told investors last week, meaning it attracted more capital and in quicker fashion than its predecessor BSREP III. In his quarterly letter, Flatt pointed to a growing thirst for yield among insurance companies to explain the strong fundraising efforts across asset classes: “We currently manage close to $30 billion of private fund capital from insurance companies and we expect that to grow by multiples, in particular as we continue designing regulation-friendly products for them.”

Scaling up
ESR has further cemented itself as a leading partner for institutional capital in the burgeoning Asia-Pacific logistics market. The Hong Kong-based manager inked a joint venture with Dutch pension investor APG and an affiliate of Singapore’s sovereign wealth fund, GIC, that will invest $1 billion of equity into warehouse developments in China. With leverage, the ESR China Development Platform is expected to deploy up to $4 billion into the sector. The initiative comes on the heels of ESR’s $5 billion acquisition of ARA Asset Management last week. Along with boosting ESR’s already rising profile, the move shines a promising light on logistics as an entry point for global capital into China.

Tripling up
The Los Angeles-based global alternatives manager Ares saw a rebound in the returns generated by its equity-focused real estate funds during the second quarter, making it the best performing quarter for the firm over a period of 18 months. Gross quarterly returns for its US real estate equity funds, which account for 58 percent of its overall $33.4 billion AUM, were 14.3 percent in Q2, compared with 7.6 percent in the prior quarter. Similarly, Ares’ European equity strategy, which takes up 17 percent of the AUM share, saw funds generating 10 percent gross returns during the quarter compared with 6.8 percent in Q1. An investor day presentation last week attributed this performance to “deliberate and resilient portfolio construction”. Indeed, around 65 percent of the firm’s investments were in industrial and residential sectors, compared with 5 percent in the more challenged sectors such as retail and hospitality, as of Q1.

Ready for their close-up
Last summer, institutional capital made its Hollywood debut (see our coverage here). Now, it’s Europe’s turn in the spotlight. New York manager Square Mile Capital and Los Angeles-based Hackman Capital have teamed up to acquire a pair of film production properties in Ireland: Ardmore Studios in Bray and Troy Studios in Castletroy. The purchases bring the companies’ joint portfolio to €3.6 billion across 65 locations. The deals come just weeks after Blackstone and its strategic partner for the sector, Hudson Pacific Properties, committed £700 million ($973 million; €819 million) to build a brand new studio campus outside London. Although other private equity-backed groups – such as Aermont Capital, owner of England’s Pinewood Studios – are active in the content production space, it is largely turning into a two-team race, with Square Mile-Hackman and Blackstone-Hudson Pacific going tit for tat in terms of acquisitions. The race to roll up the studio real estate space continues.

California love
Two markets in the Golden State have led the way in terms of industrial market transactions through the first half of the year.

Are RTO office delays worrying landlords?
The fast-spreading Delta variant of the coronavirus is not a major concern to office occupiers, despite the fact that an uptick in new infections may lead tenants to postpone their return-to-office dates, according to a new report from Fitch Ratings. RTO delays are not triggering lease terminations or a significant reduction in office space needs, and are therefore unlikely to affect long-term leasing plans, the New York-based credit rating agency said.

Rent collection has also generally withstood covid-related challenges, as office tenants have maintained their operations and long-term leases will typically be expiring at an annual rate of less than 10 percent over the next few years. However, Fitch expects longer-term flexible-working and demographic trends to weaken office fundamentals, including occupancy rates and net effective rents.

Are you worried about coronavirus variants and their potential impact on office demand? How are the RTO delays affecting your business? Let us know by writing to evelyn.l@peimedia.com

High in demand
Global head of ESG has been among the most in-demand roles in private real estate over the past year, with firms from Blackstone to LaSalle Investment Management (see our coverage here and here) announcing hires for this increasingly high-profile position. We can now add DWS to the list, after the Frankfurt, Germany-based asset manager hired Aleksandra Njagulj for the post (see her LinkedIn profile here). Njagulj most recently held the same role for 2.5 years at CBRE Global Investors, which itself appointed Helen Gurfel (see her LinkedIn profile here) as head of sustainability and innovation in July. Prior to CBRE GI, Njagulj was head of sustainability, R&D and innovation at construction company Bouygues UK.

Dialing up APAC
AXA IM plans to increase its exposure to Asia-Pacific three-fold over the next five years. The real asset investment arm of the French insurer will grow its  AUM in the region from the current 6 percent to around 15 to 20 percent of its global portfolio, the firm’s head of Asia-Pacific Laurent Jacquemin tells PERE. Having only invested directly in Australia and Japan thus far, the €162 billion institution plans to expand its footprint into South Korea and China. It has already made an indirect logistics investment in China and is currently reviewing a logistics investment in South Korea.