“We don’t expect that people are going to change their behavior, even when covid is behind us. E-commerce will continue to be a big part of our lives.” 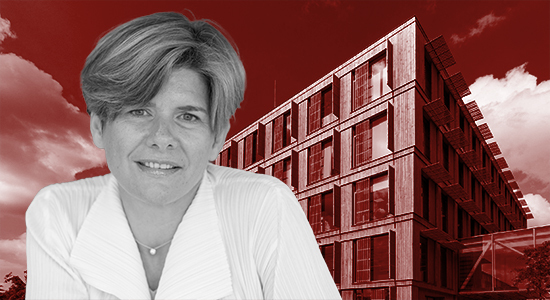 Private equity investing with a twist
AXA Investment Managers – Real Assets, best-known in real estate for its core open-ended and development strategies, is now ramping up in a third strategy: investing in operating platforms. In an interview with PERE, Isabelle Scemama, chief executive of AXA IM – Real Assets, says private equity investments are “a big area of growth” for the French insurer, having closed on the acquisition of Kadans, a developer, owner and operator of science parks and lab offices from Oaktree Capital Management in November – its fourth private equity transaction in as many years. However, AXA differs from traditional private equity firms in that it typically has a long-term horizon of a decade or more for its operating platform investments. That is the timeframe AXA IM – Real Assets typically needs to carry out the development, expansion and geographic diversification plans for the operators it owns.

Allianz’s British Land deal adds to UK defiance
London might be facing the double headwinds of Brexit and covid-19, but there is a disconnect between these negative forces and market data. Broker CBRE saw total investment plummet from £14 billion ($19.1 billion; €15.7 billion) in Q1 2020 to just £4.4 billion a quarter later, but then rebound to £16 billion by Q4. Allianz Real Estate’s purchase of a 75 percent position in three British Land offices for £401 million is a further demonstration by one of the sector’s biggest investors that it stands among institutions undisturbed by the country’s headline woes. Look out for our further analysis of the UK property market next week.

Got your Passport?
Investors and managers from Apollo, AXA IM Alts, PAG and the UPS Pension Fund are gathering this Thursday to preview 2021, the first in a year-long program of networking workshops, conferences, interviews and panels we will be hosting as part of the PERE Global Passport program. Guest speakers are Isabelle Scemama, global head of AXA IM – Alts; Philip Mintz, senior partner and chief investment officer of Apollo’s US and Asia real estate equity business; J-P Toppino, group president and real estate managing partner, PAG; and Judy McMahan, portfolio manager at the UPS Pension Fund. If you’re interested in attending you should email: peremembership@peimedia.com. The full program of networking events is available here.

More core
Globally, investor sentiment has shifted away from value-add and opportunistic strategies in 2021.

Taxman cometh
President-elect Joe Biden is set to be sworn in tomorrow as the 46th President of the United States. Backed by Democratic majorities in both houses of Congress, the new administration appears to have a clear path to implement the aggressive tax plan it floated during the campaign season. Should that come to pass, private real estate will have to brace for depressed pricing and transaction volumes in the years ahead. But as we will explore in an analysis piece tomorrow, it is too soon to fear a Doomsday scenario. In fact, certain parts of the industry are poised to grow under a Biden presidency.

ESG in focus
LaSalle Investment Management appointed David DeVos its first-ever global head of ESG last week. The former chief sustainability officer at PGIM Real Estate replaces Eric Duchon [his LinkedIn here], who served as the Chicago manager’s head of global sustainability before decamping to join Blackstone last fall. DeVos will take on a broader role that goes beyond the asset management-centric duties of his predecessor and includes oversight of the firm’s health and wellness initiatives. LaSalle also hired Elena Alschuler [her LinkedIn here] as vice-president of sustainability in the Americas.

StepStone in at LACERA
The Los Angeles County Employees Retirement Association has hired StepStone Group to be its next real estate consultant. The New York-based firm beat out a group of finalists including Cambridge Associates, Albourne America and Meketa Investment Group. LACERA cited StepStone’s experience, resources and proprietary technology as winning differentiators. It also scored the best in terms of fee structure, based on the pension’s rating system, according to meeting materials. Cleveland-based Townsend Group, which completed its third stint as LACERA’s consultant – an ‘on again-off again’ relationship that dates back 1992 – did not submit a bid in the selection process that began last summer.