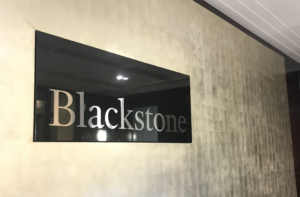 For example, Blackstone had sold most of its shopping malls to decrease its exposure to one of the weakest real estate sectors because “we thought online shopping was going to do enormous damage to malls.”

At the same time, the New York-based alternative asset manager has gone from being the world’s largest owner of hotels three or four years ago to owning assets in the “single digits,” according to Schwarzman.

“We don’t believe that all real estate is created equal,” he said. “You think you’re just buying real estate, [but] you could really do quite badly. In this cycle, hotels are mostly empty…so those have been a very bad place to be investing through this cycle.”

Schwarzman also revealed that the US mega-manager has sold most of its New York office properties, which he said “turned out to be pretty smart,” while maintaining a strong sector presence on the West Coast, where “office demand is really growing.”

He noted that the property sector is currently in flux in light of the covid-19 crisis. “What’s going to happen to office buildings is actually quite interesting. And at this point, the answer is no one is sure.”

On one hand, working remotely can be very efficient, according to Schwarzman. “It works pretty well with existing people who you know.”

On the other hand, Schwarzman stressed the benefits of an interactive office over remote working when it came to new recruits.

“You can’t train new people like this. Those people have to learn your culture. They have to know not just the mechanics of how you do a piece of work but how do we think about it? How do we think about risk? What we believe is the right or wrong approach to do things from an ethical perspective? And that’s really hard to do on television.”
Stephen Schwarzman, Blackstone

While Schwarzman does not envisage a full-time homeworking future, he does expect covid-19 to have an impact on office usage in the short term, including more meetings done on Zoom and a move away from the recent trend of “packing density in offices.”

He added: “There is going to be a trend to have more distancing, at least in the next year or so. I think it will definitely cut down on building and construction for offices.”

Meanwhile, the manager remains the largest purchaser of warehouses, having invested $25 billion in warehouses in the US and Europe last year. At the end of March, when national lockdowns were sweeping across the globe, Blackstone announced it had agreed to a £120 million ($150.5 million; €134.8 million) deal to buy 22 logistics sites across the UK from private real estate fund manager Clearbell Capital.

“We realized that online shopping would need warehouses to be able to ship their goods to their customers,” said Schwarzman. “And that has been astonishingly successful as a place to concentrate because those shipping costs to the warehouses are very small compared to the entire cost of goods.”

The closer the warehouses are located to major metropolitan areas, the more they are needed for same-day shipment. “The rents on those go up so much, much higher than any other asset class,” he added.

Speaking on fundraising, Schwarzman said Blackstone had raised $250 billion of capital in a two-year period. “We’ve completed, in effect, what you would say is our biggest fundraising cycle,” he said. “We continue to be very active. And I think people this year are expecting us to raise at least $70 billion. And I think that’ll probably be achievable.”

Indeed, within private real estate, Blackstone has remained the top fundraising manager since the inception of PERE’s annual ranking in 2008, amassing nearly $65 billion in direct capital commitments since 2015. For more on this year’s PERE 100, click here.