Led by former managing director Marcelo Fedak, the team was established in 2015 after the private real estate giant completed its first deals in the country between 2013 and 2014 out of its headquarters in New York. The team was contributing to Blackstone’s Real Estate Partners VII and VIII opportunity funds.

In February of this year, Fedak and his co-workers came to an agreement with Blackstone and spun-out to form their own manager.

A month later, a first fund for BlueMacaw was launched with a fundraising target of up to $500 million. The fund would be for a different league of deal to those that float boats at Blackstone. Indeed, sensing an opportunity in Brazil at a time when most other markets are reaching cyclical peaks, BlueMacaw intends to continue Blackstone’s investment strategy – albeit at a smaller scale.

The ‘emerging market’ is in a slow recovery period after political scandals and fiscal mismanagement. Interest rates are being held at a record low of 6.5 percent, brought down from a high of 14.25 percent in 2016. A new president is pushing for pension reform to balance the budget and regain trust from the International Monetary Fund.

Meanwhile, Brazilian commercial real estate prices are recovering slowly, exhibiting year-on-year growth for the first time during the second quarter of 2018 since the third quarter of 2016, according to data from the Federal Reserve Bank of St Louis, a US regional reserve bank.

These conditions could be construed as ripe for opportunistic real estate investors. So why is Blackstone willing to let go of its real estate team in Brazil now?

One answer resides in the scale of deal available. The Brazilian real estate market is one of the few places in the world where Blackstone’s size, as illustrated by its latest $20 billion BREP IX fund, could be seen as not a competitive advantage. Typically, assets in Brazil come at a smaller ticket size. Any deal close to $200 million is not only eyed by Blackstone, but also other global managers, like nearest rival, the Toronto-based manager Brookfield, which has been adding Brazil exposure to its sizable funds. Unlike in the US or Europe, where targeting large deals weeds out competition because few others have such scalable capital on hand, larger deals in Brazil conversely increase competition, PERE has been told.

While going smaller brings more opportunities, in the context of a giant multi-billion-dollar fund, even tripling returns would hardly move the needle for a firm like Blackstone. For these small assets to have any effect for investors, Blackstone would need to execute on hundreds of deals – a costly goal that requires plenty of hiring.

Nevertheless, theirs was not a complete severance – and, in that, comes the rub. Blackstone let the BlueMacaw team free to pursue smaller deals independently under one condition: it gets a first look at any deals over a certain ticket size. The agreement is a more efficient way for the real estate behemoth to maintain its exposure to Brazil and is simultaneously a win for BlueMacaw, which gets to compete in a separate market, one below the radar of its former parent. The agreement cuts the cost of running a Brazil team that spends its time waiting for infrequent scalable deals, but how much work BlueMacaw now puts into unearthing larger deals remains to be seen.

But this still begs the question why Brookfield and other heavy-hitters , do not pursue similar arrangements in place of keeping dedicated offices. For sure, to maintain boots on the ground in Brazil is to play a long game in what will become one of the world’s powerhouse economies sometime tomorrow. But we are also talking about an economy which, just this week, saw its GDP growth slashed to 1.6 percent for 2019, from 2.2 percent – a third year of negative growth. While a plan for this 210 million-population country is ultimately a must, Blackstone still has a business to run in the meantime.

The argument for an unnecessary cost-base for the country right now is, therefore, not the easiest to make.

The Macquarie PERE Global Investor 50 is now open for submissions! 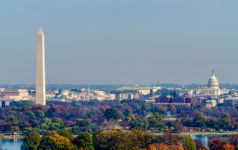 Carlyle hits $8bn hard-cap on largest and fastest fundraise ever