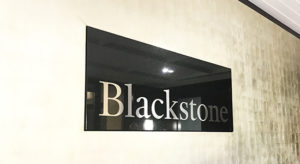 Blackstone’s €9.8 billion final closing for its sixth European opportunity fund has seen the New York-based firm reassert itself as the manager with the most available equity for higher risk-and-return private real estate investing in the region.

The firm launched BREP Europe VI in 2019 with a target of €9.14 billion and hard-cap of €9.8 billion, making it the largest European opportunistic fund ever raised.

The fundraising also far exceeds the next biggest opportunistic funds raised by managers in Europe, including those by London-based Henderson Park and Tristan Capital and Los Angeles-based Ares Management.

In September 2019, the firm made its first acquisition for the vehicle when it bought the Dream Global REIT’s diversified portfolio for C$6.2 billion ($4.69 billion; €4.24 billion) in an all-cash transaction. The REIT’s portfolio was made up of 215 properties across Germany, Austria, Belgium and the Netherlands.

Its predecessor vehicle, Blackstone Real Estate Partners Europe V, was launched in March 2016 and closed on €7.86 billion in May 2017 – then also a regional record, according to PERE data. And like BREP VI, that fund also surpassed its €7 billion target, securing commitments from institutional investors such as the California State Teachers’ Retirement System, Florida State Board of Administration and Fubon Life Insurance.

Blackstone declined to comment on the details of the BREP Europe VI fundraising, but the firm’s head of real estate for Europe, James Seppala, highlighted the closing’s occurrence “during a period of elevated volatility,” according to a statement released last week.

“The significant demand for the fund is testament to the confidence our investors have in our ability to deploy strategic long-term capital to assets and businesses across Europe,” Seppala said. “Our scale and reach allow us to put capital to work strategically during this period of elevated volatility.”

Blackstone’s final closing comes at a time of lower transaction volumes, due to the uncertainty brought about by covid-19. According to the research firm Real Capital Analytics, European activity for the first eight weeks of 2020 was off 18 percent compared with 2019, and in the Americas deal volume was 10 percent higher. During the same period, deal volume in Asia-Pacific was down 50 percent on last year.

However, it might be too early for data to show the full picture. Simon Mallinson, executive managing director at RCA, said, “We expect any disruption to be recognized in second-quarter numbers in Europe and the Americas.”

Although it is too early to assess the impact of covid-19 on the fund’s deployment pace, market participants told PERE that it is a great time to have substantial dry powder.

Biddulph said: “Typically, in a market revaluation event, investors have liquidity needs across their portfolios and shy away from long-term commitments such as real estate funds. However, such times historically have always brought sellers to the market who feel forced and are prepared to transact at the market clearing price.

“This helps the market by establishing a new base for valuation, but it also means that investors with dry powder at this point in the cycle are optimally positioned to make good purchases.”

Another capital advisor, who did not wish to be named, agreed that the current time is perfect for making investments due to discounts in asset prices. However, he said the biggest challenge might be underwriting, given “there is much more guesswork during an unprecedented environment.”