An arbitration tribunal delivered a vindicating ruling to Blackstone in its legal battle with an Italian publishing and broadcasting conglomerate earlier this month. And it may have secured the country’s investment appeal at the same time, too.

In late 2018, RCS MediaGroup accused the New York-based mega manager of using unfair tactics to coerce it into selling a portfolio of properties for €120 million in 2013. The media company was facing bankruptcy at the time, which it claimed prevented it from pushing for a higher price.

The charge disrupted a reported deal in which Blackstone would have sold one of those buildings to Allianz Real Estate for €250 million. It also put a dark cloud over the Italian legal system and, by extension, the country’s viability as a real estate market.

The tribunal found that Blackstone negotiated the deal fairly and was the rightful owner of the building, which is home to the influential Corriere della Sera newspaper.

“We welcome the final ruling of the Milan arbitrators on the spurious claims made by RCS,” the firm said in a statement this week. “The decision confirms the full validity of the 2013 contract, which followed a year-long, transparent auction.”

Blackstone did not provide an update on the counter litigation it filed against RCS in the US claiming extortion. RCS did not respond to a request for comment.

When RCS first levelled its usury charge at Blackstone, it sent a shockwave through the private real estate sector. A decision favoring RCS would have opened the door to similar claims from other distressed sellers in the country, industry participants worried.

At the time, Rob Rackind, head of real estate at Sweden-based EQT Partners, said his firm paused a deal in Italy because of the dispute. “If this case against Blackstone succeeds, then it means the previous owner can come back and say, ‘I want more money,’” he said then.

Instead, the ruling rendered by the tribunal confirms that Italy’s legal system functions similarly to other major markets. “There are procedural analogues in other countries,” Dov Kleiner, a real estate bankruptcy lawyer at the New York-based firm Kleinberg, Kaplan, Wolff & Cohen, said of RCS’s ownership challenge. “If you’re RCS and you were looking to stop a deal in the US, you would file for an injunction. It’s just hard to get that in the US.”

Kleiner said the arbitration process itself, while long and likely expensive for the parties involved, ultimately led to the proper conclusion. “It took a long time to get the right answer, but that’s the way litigation is sometimes,” he said, adding that covid-19, which hit Italy hard in early 2020, likely stretched out the process.

It is unclear what the ruling means for the future of the property in question, Via Solferino 28. Blackstone and Allianz declined to comment when asked if a deal between them could be resurrected.

Donato Saponara, who leads Western European transactions for Allianz Real Estate, as well as its Italian operation, told PERE the firm remains optimistic about the country, albeit for only specific strategies.

“Our focus remains on prime office assets offering long-term value in Milan and Rome alongside out-of-town logistics facilities and select investments in alternative asset classes,” he said, adding that it is still on the lookout for acquisition opportunities.

Despite the pandemic, the Milan office market emerged from 2020 relatively unscathed, according to the brokerage CBRE. While total sales volume fell sharply from €3.8 billion in 2019 to €2.3 billion, prime rents were unchanged at €600 per square meter, as were net yields in the city center, at 4.15 percent. The vacancy rate was basically flat, too, ticking down slightly from 10 percent to 9.9 percent by the fourth quarter of last year.

In its statement, Blackstone said it remained “committed to business and investment in Italy as we continue to believe in the fundamental strengths of the Italian economy.” 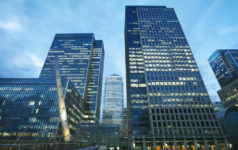