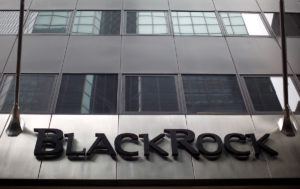 John Lamb, managing director and head of US real estate investment management at BlackRock, will be departing after 19 years at the firm, PERE has learned.

He is understood to have resigned two weeks ago, with no replacement yet identified. “John Lamb will be continuing the work he has been doing for BlackRock and its clients through November,” a company spokesperson said in a statement to PERE. “As head of investment management for the US real estate equity business, John has been an important contributor to the growth of BlackRock’s real estate business. He has informed us that for personal reasons he will be leaving BlackRock later this year after assuring a smooth transition. We are grateful for all he has done and will do for our clients and colleagues.”

Lamb is also understood to be pursuing an undisclosed career opportunity after he leaves BlackRock, according to three sources familiar with the matter. The BlackRock spokesperson declined to comment on potential employment outside of the firm.

He had been one of the most senior and longstanding members of the New York-based asset manager’s global real estate team. As head of US real estate investment management, Lamb was second in command to Ben Young, BlackRock’s head of US real estate equity. Lamb was responsible for strategic direction and oversight for acquisitions, dispositions, asset management, financing and development services, according to his LinkedIn profile. His deals for the US platform included transactions for separate accounts as well as closed and open-ended funds such as BlackRock US CRE Debt Fund, BlackRock North America Property Fund and BlackRock US Core Property Fund.

Joining BlackRock in October 2003, he has completed more than $10 billion of acquisitions across all property sectors in the US, in addition to investments in Canada and the UK, during his nearly two-decade career at the company. Prior to BlackRock, Lamb was a director at AEW Capital Management, where he sourced, negotiated, conducted due diligence and closed more than $2.5 billion of real estate acquisitions over an eight-year tenure.

Lamb’s departure will follow other major changes to the firm’s US real estate equity business. In July, PERE reported that the firm had altered the key person and portfolio manager designations for its North America Property Fund in the middle of the vehicle’s fundraise. Under the changes, Young, who had previously been the sole portfolio manager for the fund, became co-portfolio manager with Christina Lyndon, who joined the firm in April. Lyndon was also added as a key person on the fund, alongside Young; Thomas Mueller-Borja, portfolio manager of BlackRock’s European value-add real estate funds; and John Saunders, head of APAC real estate.

Lamb will also be the latest senior real estate executive to leave BlackRock, following Justin Brown, former EMEA head of real estate, who departed earlier this year. “After 10 years with BlackRock, Justin is looking to make a change of career,” BlackRock said in a statement at the time. Brown’s next career move has not yet been publicly disclosed.

BlackRock managed $28.7 billion in real estate assets as of December 31, according to its 2021 annual report. That amounted to 0.28 percent of the firm’s total $10 trillion in AUM.