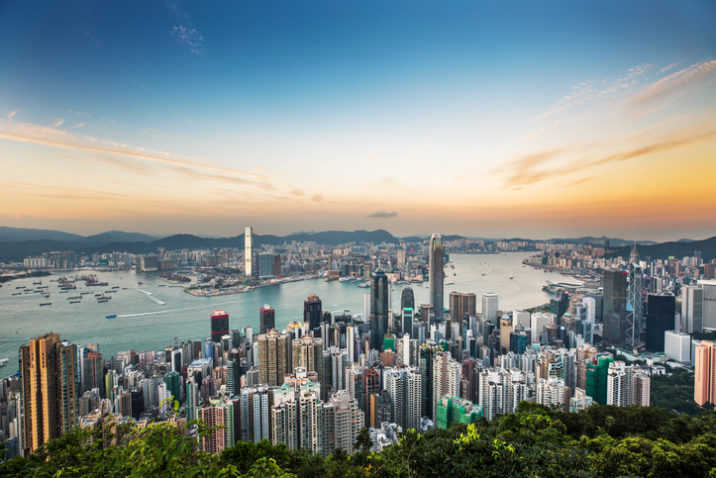 Barings, the asset management platform of US insurer MassMutual, is stepping up its efforts to expand into Asian real estate with the expansion of the role of its Europe head and a plan to engage in corporate acquisitions in the region.

A year after appointing its first real estate professional in the region, ex-LaSalle, Citigroup and ADIA executive Pius Ho as managing director, Charles Weeks has seen his role expanded to become head of Europe and Asia Pacific Real Estate Equity. His main objective is to grow an Asian real estate investment management business with similar depth to Barings’ operations in Europe where it had €5.7 billion of assets as of 31 March, managed by just under 110 staff across 12 offices.

Barings has an existing network of offices and businesses in Asia. However, for real estate, Ho is currently operating with one associate, ex-Mapletree executive Peng Xiang An. Weeks told PERE the plan was to make Asia growth a “priority project for us.” Corporate acquisitions will be a route investigated, alongside “team lift-outs” and organic growth.

“I suspect, similarly to Europe, it will be a combination of the three,” he said. In 2010, Weeks was part of a Barings’ European expansion which started with the reported £30 million ($37.4 million; €33.4 million) purchase of his former firm, the European manager Protego, in 2010. That was followed four years later with the acquisition of Pamera Asset Management in Germany, in a deal which bolstered its assets under management by €1 billion.

Weeks confirmed Barings was yet to appoint advisers to assist its search for acquisitions in Asia. “Within the broader Barings we have M&A specialists and they have their ears to the ground,” he said.

When asked whether Barings would focus on well-performing managers or managers in search of a capital or corporate solution, Weeks said: “For Europe, we looked at both high flyers and those with issues. There’s lots to consider. We would be weary of acquire a business and find ourselves spending five to six years dealing with those issues. Our preference will likely be approaching the market in search of movers and shakers – but those that could be acquired.”

As such, while Weeks would not be drawn on how much capital Barings would make available for a purchase, he referenced the Protego transaction and said: “We can be flexible. We could go smaller, but equally we could go higher.”

He added that Barings’ first Asia-focused real estate vehicles will be offered to the market once a critical enough presence in the region is established, adding that MassMutual would look to significantly capitalize forthcoming vehicles. In Europe, the insurer was a cornerstone investor in the Barings European Core Property Fund, launched in 2015, to the tune of $200 million, for instance. It also committed €150 million to its Barings European Value Add Fund I.

Stuart Crow, head of capital markets in Asia at property services giant JLL, said Barings was among a number of international managers seeking to establish a presence in Asia presently, and competition will therefore be part of the challenge for Barings in this “calm” point in the cycle. “The pan-Asian platforms are few and those that are around are already pretty well capitalized,” he said. “There’s quite a lot of managers looking to enter Asia. For many, buying a platform would be the preferred route, but deals are few and far between.”