Non-listed commingled funds were the only property vehicles in Asia Pacific to show an increased interest from investors, according to the latest findings from the Association for investors in Non-Listed Real Estate Vehicles (ANREV).

In its Investment Intentions Survey 2014 for Asia-Pacific, ANREV found that 66 percent of the investors polled expressed an intention to increase their allocation to commingled funds or to maintain the same allocation.

The survey, conducted jointly by ANREV, the European Association for Investors in Non-listed Real Estate Vehicles (INREV) and the Pension Real Estate Association (PREA), found that no other property investment strategy held the interest of more than 50 percent of investors.

Further, interest in joint ventures or clubs, direct investment, funds of funds and listed property companies all showed a decrease from the 2013 Survey. Joint ventures and clubs had the most drastic drop in interest, with only 42 percent of investors expecting to increase or maintain their allocations to them over the next two years as compared to 61 percent in 2013.

According to Amélie Delaunay, director of research & professional standards at ANREV, this is the first time that the gap between the JV and fund strategies has been so pronounced. “Many investors [might] like to invest through joint ventures or clubs so that they can have more control, but understand that there are not that many opportunities for clubs in these markets,” Delaunay said. She told PERE investors are probably adopting a more pragmatic approach to their investment plans, and adapting to the opportunities they see by allocating more resources to non-listed funds.

In their choices of real estate funds, investors are also moving up the risk curve. Approximately 40 percent of respondents expressed a preference for value added funds, as compared to 39 percent for core. About 55 percent of investors expect to invest in value-added funds in the next two years, as well. Opportunistic strategies still came in last with 21 percent of respondents’ votes, but that was still a significant increase from the 12.5 percent in the 2013 survey.

Institutional investors have also returned to a preference for multi-country, multi-sector funds, which is the opposite of the 2013 findings. Investors, funds of funds and fund manager respondents also universally preferred closed-ended, seeded pool and discretionary vehicles. 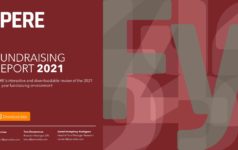