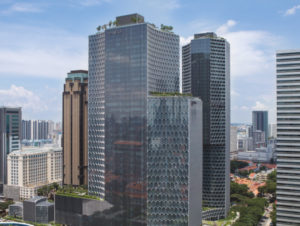 Although the private real estate industry faces much uncertainty in the wake of the covid-19 pandemic, that has not stopped German insurer Allianz from continuing to pursue deals in the asset class.

“We want to carry on with the transactions which we have,” Francois Trausch, chief executive of Allianz Real Estate, told PERE, explaining that despite the crisis, the investor’s long-term outlook on real estate has not changed.

What has changed, however, is how Allianz will underwrite and perform due diligence on existing deals in the pipeline. Trausch explained that the Munich-based insurer will need to re-examine its underwriting and how the coronavirus outbreak will affect short-term cashflows over the next two years.

“We are in a way in a very strange spot, because we know our net operating income will be impacted and rental growth won’t be the same, but we don’t know for how long,” he said. “We also know that cap rates in the current compression of yield could actually move the other way, meaning tightening even further.” A tightening of cap rates in light of recent interest rate cuts could potentially offset any NOI reduction Allianz would need to take into account, he noted.

Another adjustment will be how the investor conducts due diligence at a time when cities and countries are on lockdown and social distancing measures are being practiced. “The tricky part of the deals is it’s very on the ground, meaning the capacity to do the due diligence, specifically the site visits,” Trausch said. “Some deals we will be able to comfortably go on. Others we will have to discuss with the sellers how to go about it.” For example, with one multifamily transaction, Allianz has asked the seller to provide extensive photos of the properties and may consider sending drones to the assets for additional information gathering.

Despite the willingness to continue transacting, because of the challenges with conducting due diligence, Trausch expects the velocity of dealflow to slow down in the months ahead. However, “we’ve told our acquisition teams to remain active, reach out to the partners, reach out to the clients, to see if there are opportunities that can come up,” he said.

He noted that Allianz has the ability to do deals without third-party financing, which could be helpful during the crisis – not because banks are not lending, but because of the logistical challenges of arranging real estate financing during an outbreak. He also added the insurer will take on a more defensive approach to transactions going forward.

For example, the investor previously had looked at forward purchases in nearly the same way as cashflow-producing assets. Today, Allianz would be likely to redirect some of its deal activity to cashflow-generating properties rather than forward purchases, Trausch said.

As for specific property types, he noted Allianz would continue to target the logistics and office sectors, adding that the current remote working arrangements of companies globally are not likely to change office demand long-term. “We have been into this work from home approach already for close to two months in our Asia business,” Trausch said. “So our team there has gone through that and it’s fair to say that after several weeks of work from home, they can’t wait to go back to the office.”

As PERE reported last week, Allianz is combining its dedicated real estate platform with its investment management business PIMCO. Allianz Real Estate manages more than €70 billion of property, largely on behalf of the insurer’s own entities and affiliates.