The Middle Eastern sovereign fund’s real estate portfolio in China has increased by one-third in the past two years. ADIA will also increase its invesments in India and Latin America on the back of structural growth drivers such as urbanization, growing middle class and rising consumption levels.

To seize growing investment opportunities in these markets, the fund has also adopted a capital recycling strategy by selling certain assets in certain markets, the report stated. “The success of this approach was shown in 2018, with new investments achieving average equity-weighted internal rates of return  of more than 10 percent,” Hamed bin Zayed Al Nahyan, managing director of ADIA, said in the report.

The $828 billion sovereign wealth fund can invest between 5 to 10 percent of its portfolio in real estate. According to PERE’s 2018 Global Investor 50 ranking, the fund had $62.1 billion invested in the asset class, 32.4 percent more than $46.9 billion invested in 2017.

Describing its preferred investment sectors in emerging and developed markets, ADIA’s report said it would focus on logistics, where it sees an increasing demand for “larger” and “technologically superior” warehouses due to the rise of e-commerce.

ADIA’s logistics investments in China go back as early as 2011 when the investor entered into a partnership with the San Francisco-based industrial real estate operator Prologis.

The sovereign wealth fund is also planning to expand its exposure in affordable housing with a push towards investing in build-to-sell residential projects in emerging markets. A notable example is its investment in the $1 billion H-Care platform in India formed with one of the largest mortgage lenders in India, HDFC. The platform has been targeting equity and debt investments in the affordable and mid-market for-sale residential projects. In 2018, it sealed 11 investments in India and attracted investment from India’s National Investment and Infrastructure Fund. 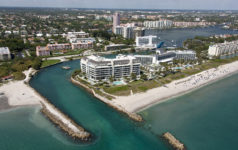