The two parties have established a joint venture to develop the project, with Actis owning 75 percent of Epoch PFV and GS E&C the remaining 25 percent. The joint venture’s total share capital is worth around 122 billion won ($104 million; €89.4 million), a spokeswoman for Actis told sister title Infrastructure Investor.

Actis will be funding its portion of the investment through one of its Asia real estate funds. The spokeswoman declined to comment on whether it would be doing so through Actis Asia Real Estate 2, a fund it launched last year.

The total development cost for the data center is $315 million. The spokeswoman said that aside from the $104 million the two parties have invested in the joint venture, the rest of the required capital would be delivered through project financing that will be provided by the state-owned Industrial Bank of Korea.

Actis said in a statement that the data center in Anyang, a city 13 miles south of the capital Seoul, will host top-tier cloud service providers. According to GS E&C, construction on the 11-story building – three stories will be underground – is expected to begin in June 2021 and take two years to complete.

Actis and GS E&C have not yet secured a key tenant for the data center. “We’re in the last stage of land acquisition now,” said Scott Choi, head of Actis’s Korean office. “We plan to choose a key tenant while getting legal authorization and confirming the design of the building, [a] process that will take around nine months.”

Actis said in the statement that the investment would be a continuation of its build-to-core strategy in Korea and add to its experience in the fast-growing digital infrastructure segment. In September 2019, Actis invested $180 million of equity in Chinese data center platform Chayora Holdings to develop hyperscale data center facilities that will serve China’s tier 1 markets. Earlier this year, it established a $250 million pan-African data center platform, starting with an investment in Rack Centre in Lagos, Nigeria.

Asked why the firm was making the investment through its real estate fund rather than its infrastructure platform, a spokesman said: “Our infrastructure business is predominantly focused on power assets, mostly within the low carbon generation space.“ 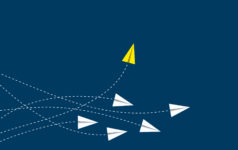