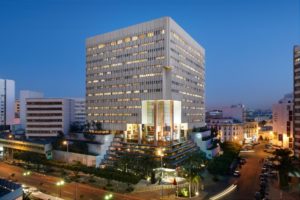 Actis, the emerging markets manager, has expanded its investing strategy in Africa with its first purchase in the north of the continent, the firm confirmed to PERE.

The London-headquartered firm has acquired the Sheraton Casablanca hotel in a deal valued at approximately $50 million from a Moroccan-government entity. The deal was completed via an ongoing joint venture with the Ontario, Canada-based hotels business Westmount Hospitality Group.

Actis’s outlay was made on behalf of Actis Africa Real Estate Fund III, a vehicle attracting $500 million in equity at its final closing in 2016. The fund is the biggest commingled private real estate fund ever raised for the continent. Following the investment, the vehicle is understood to be almost completely deployed.

Until now, the firm’s Africa Real Estate Fund series has been deployed in sub-Saharan Africa markets only, making this outlay a notable strategic expansion.

Actis purchased the Sheraton Casablanca with a view to improving the asset with capital expenditures, the combined cost reflecting approximately $160,000 per key.

David Gorleku, a principal at the firm, told PERE: “The idea here is, we reposition it and attain an exit yield of low double-digits, say 10-12 percent.”

Actis performed a similar repositioning on a Sheraton Hotel in Lagos via the Westmount joint venture. “We used similar metrics there for an opportunity to reposition,” he said.

“We think Morocco is really attractive from a macro perspective. Absolutely strong GDP growth, a diverse economy and a generally stable currency – these things make this a good location,” he added.

According to The World Bank, Morocco’s GDP growth stood at 3 percent in 2018, down from 4.2 percent the year before, but still ahead of many African countries, including Nigeria, which was at 1.8 percent. The country also saw 8.5 percent more tourists in 2018 than the year before, according to the country’s National Tourism Office. Last year’s figures are being finalized, though The World Bank is predicting GDP growth to slow to 2.7 percent for the year.

Gorleku said the joint venture would continue to look across the continent for future investments, including North Africa. Other markets under consideration are Egypt and Tunisia, he said.