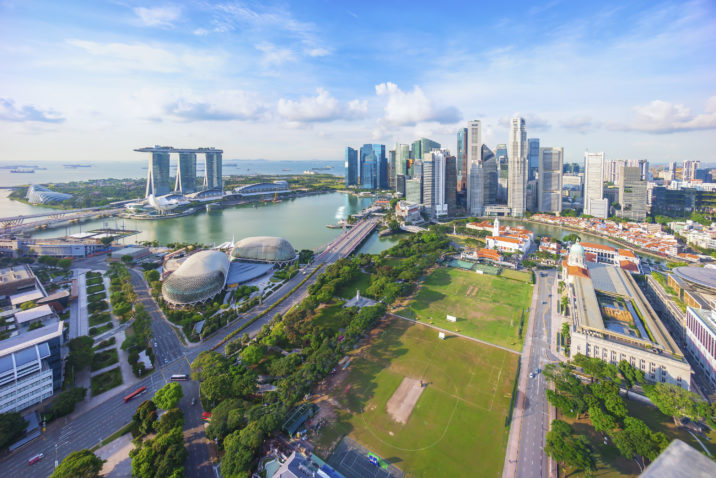 A person familiar with the capital raise has told PERE that the Singaporean firm, which will become Asia’s largest real estate manager after its Ascendas-Singbridge acquisition is officially completed, has set a $1 billion fundraising target for CapitaLand Asia Partners (CAP I).

The capital will be invested in office buildings in Asia’s gateway cities, namely Singapore, Beijing, Guangzhou, Shanghai, Shenzhen, Osaka and Tokyo. Caleb Shen, a former Apollo Global Management partner, who joined CapitaLand last June is the portfolio manager for CAP I. Meanwhile M3 Capital Partners is the placement agent for the fund.

Many investors that have committed to CAP I are believed first time investors with CapitaLand. The firm did not disclose specific LP names, but PERE understands the $391 million was raised evenly from Asian and European investors. The fund is expected to reach subsequent closes before the end of this year, with North American investors potentially coming on board as well.

PERE understands the fund will be using a 60 percent LTV ratio, and targeting a net IRR similar to other value-add funds in the region, which typically ranges between 11 to 14 percent.

PERE has learned that two recent assets bought by CapitaLand in Shanghai will be seeded into the fund. One is the Pufa Tower in the financial district of Shanghai. This January, a joint venture reportedly involving CapitaLand AEW acquired a 70 percent interest in the 34-storey building from the Chinese conglomerate HNA for RMB 2.7 billion($408.8 million; €359.2 million).

CapitaLand’s latest fund comes close on the heels of a $556 million initial raise for its first discretionary real estate debt fund CREDO I China in February. Until then, all vehicles raised by the firm were non-discretionary and structured either as single investor vehicles, joint ventures or clubs involving a handful of investors.

CAP I was brought to market parallelly with CREDO I China in July 2018. However, so far there are no overlapping investors in the two vehicles.

“Many existing investors in CapitaLand’s joint and club funds tend to be long-term investors, with very large commitment sizes.  Investors with relatively smaller commitments could be naturally unlikely to participate in such JV and club funds.  Broadening our fund offerings (such as CAP I and CREDO China I) allows us to create more touch points for our investors with CapitaLand and helps to expand our investor base,” Lim told PERE, explaining the reason why the manager moved into discretionary fundraising.

CapitaLand joins firms like PAG and GLP that have also recently launched $1 billion-plus sized value-add funds. According to PERE data, a total of seven value-add funds in Asia-Pacific have so far reached final close since the start of 2018.